Romance, Intrigue, Vodka, and the CIA at Darien Library 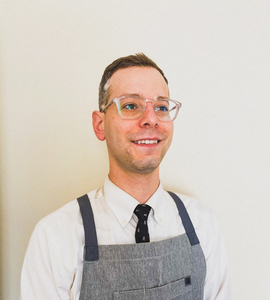 Darien Library invites you to join us for two evenings and an afternoon of intrigue, romance, vodka, and the CIA. What do Laura, Yuri, Boris and Olga have in common? What is the truth versus the romance?

Film screening on March 8 at 3 pm: We will voyage to Russia with a screening of the film “Doctor Zhivago,” that critics called “a picture perfect postcard view of revolution.” Rated PG-13, Running time 3 hours and 17 minutes. There will be a small intermission.

Vodka tasting on March 14 at 6 pm: Darien Library welcomes Matt Kolosky, Bar Manager Terreno and Bar Pina at The Goodwin Hotel. Matt will briefly examine the history of vodka and its importance to the Russian identity, and culminate this discussion with a tasting of both the famous Russian drink and some traditional foods that accompany it. This is a registered event is for patrons 21 and over.

Novel Tea Fundraiser on March 25 at 11 am: Meet Lara Prescott, the author of The Secrets We Kept. Her thrilling tale of secretaries turned spies, of love and duty, and of sacrifice--inspired by the true story of the CIA plot to infiltrate the hearts and minds of Soviet Russia, not with propaganda, but with the greatest love story of the twentieth century: Doctor Zhivago. Come learn more about Prescott’s book at Darien Library’s 5th annual Novel Tea fundraiser at Wee Burn Country Club. Tickets are available at darienlibrary.org/noveltea.