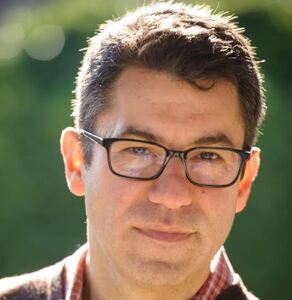 Steven Cook from the Council on Foreign Relations will present the final lecture on January 28 at 10:00 am via Zoom discussing “Why the Middle East Still Matters to America”, in this winter’s DCA Academic Lecture Series entitled Global Issues Revisited: Old Friends Share New Insights.

Steven A. Cook is Eni Enrico Mattei senior fellow for Middle East and Africa studies at the Council on Foreign Relations (CFR). He is an expert on Arab and Turkish politics as well as U.S.-Middle East policy. Cook is the author of False Dawn: Protest, Democracy, and Violence in the New Middle East; The Struggle for Egypt: From Nasser to Tahrir Square, which won the Washington Institute for Near East Policy’s gold medal in 2012; and Ruling But Not Governing: The Military and Political Development in Egypt, Algeria, and Turkey. Cook is a columnist at Foreign Policy magazine. He has also published widely in international affairs journals, opinion magazines, and newspapers, and he is a frequent commentator on radio and television. His work can be found on CFR.org.

The DCA extends grateful thanks to an anonymous donor for underwriting this series.

Registration is available online at dariendca.org or through the DCA office at 203-655-9050 extension 10. Single tickets for the Thursday morning series are $30/public and $20/DCA members.