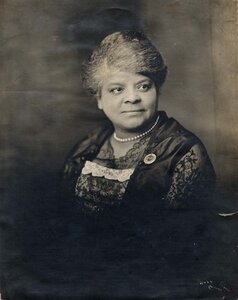 In celebration of Women’s History Month, Darien Library is celebrating the achievements that five women have made over the course of American history every Monday in March. In the second week of this series, Mark Albertson will lead a discussion on Ida B. Wells (1862-1931), a prominent journalist, and civil and women’s rights activist. This virtual event will take place on Monday, March 8 at 3 p.m. Register at darienlibrary.org/event/4876.

Born into slavery, she rose to prominence in the Reconstruction Era when she investigated and reported on lynchings per the National Women’s History Museum (https://dar.to/3q2fvaV). Wells’ press was burned down in 1892 and she moved from Memphis to Chicago to protect herself and her family. She took up many causes in her life to highlight the treatment of African Americans in the southern United States. She spoke on these issues before international audiences.

Mark Albertson is the historical research editor at Army Aviation Magazine and is a long-time member of the United States Naval Institute. In addition, Mark teaches history at Norwalk Community College. His courses include: World War I and Iraq: Creation of Colonialism; A History, Vietnam; A History, World War I; The Turning Points of World War II; The Great Patriotic War: The Titanic Clash Between Nazi Germany and the Soviet Union; and American Empire: Grand Republic to Corporate State.

In May 2005, Mark was presented with a General Assembly Citation by both houses of the state legislature in Hartford for his effort in commemorating the centennial of battleship Connecticut.