Learn About New England’s Other Witch Hunt at Darien Library 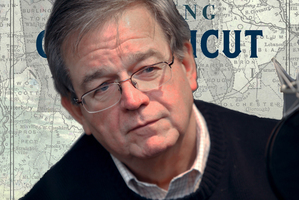 Everyone knows about the Salem witch hunt in 1692, but few people know that Connecticut was New England’s fiercest witch prosecutor.

Darien Library and Museum of Darien welcome historian Walt Woodward, who will bring this extraordinary and nearly-forgotten story to life in a lecture that begins with the Protestant Reformation and traces its history all the way through the Hartford Witch hunt of the 1660s – a nightmare of trials and executions that preceded Salem by a generation.

He will also show how Connecticut’s Governor John Winthrop, Jr. and his friend Rev. Gershom Bulkeley intervened to transform Connecticut from New England’s most aggressive witch hunter to a colony that completely ended executions for witchcraft thirty years before they even began at Salem. Along the way, he will answer questions about the early witch hunts and explain why almost everyone in the 1600s believed that witchcraft was very real, and terribly dangerous.

This virtual program will take place on Tuesday, October 19 at 7 p.m. Register on Darien Library’s website at www.darienlibrary.org/event/5194.

Woodward is the author of five books, the most recent of which is Creating Connecticut: Critical Moments That Shaped a Great State. His book Prospero’s America: John Winthrop, Jr., Alchemy and the Creation of New England Culture, 1606-1676 won the Homer Babbidge Prize from the Association for the Study of Connecticut History and was Choice Magazine’s Outstanding Academic Title.

Darien Library is a Library Journal five-star Library. It is among the busiest in the state with over 1,300 people visiting on an average day and has the highest per capita circulation of items in Connecticut. The Library collection includes 125,000 books and 300 newspaper and magazine subscriptions. In addition, the Library presents over 1,500 public events annually, hosting a lineup of bestselling authors, technology classes, early literacy programs, and workshops for small business owners and entrepreneurs.