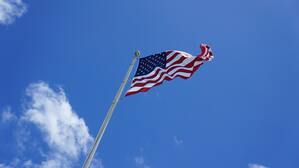 In honor of the 80th anniversary of the attack on Pearl Harbor, Darien Library is hosting a lecture on the significance of the event.

Historian Mark Albertson will touch on the day that changed the course of American and global history. This program will serve as more than a simple rendition of the attack, but an examination of how and why it occurred.

This virtual event will take place on Tuesday, December 7. Register on Darien Library’s website at www.darienlibrary.org/event/5396.

Mark Albertson is the historical research editor at Army Aviation magazine and is a long-time member of the United States Naval Institute. In addition, Mark teaches history at Norwalk Community College. His courses include: World War I and Iraq: Creation of Colonialism; A History, Vietnam; A History, World War I; The Turning Points of World War II; The Great Patriotic War: The Titanic Clash Between Nazi Germany and the Soviet Union; and American Empire: Grand Republic to Corporate State. In May 2005, Mark was presented with a General Assembly Citation by both houses of the state legislature in Hartford for his effort in commemorating the centennial of battleship Connecticut.