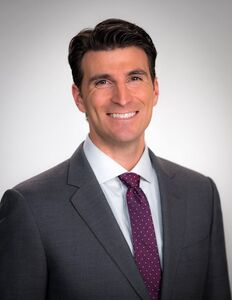 Chief Meteorologist for CBS Boston’s WBZ-TV News, Fisher will dive in to the most intense storms that have touched down in New England, from hurricanes to tornadoes to blizzards. Learn about legendary storms that have brought major cities to standstills and changed the landscape in our region on Tuesday, January 25 at 7 p.m. Register for this virtual program on Darien Library’s website: www.darienlibrary.org/event/5506.

Eric Fisher is Chief Meteorologist for CBS Boston’s WBZ-TV News and anchors weather segments. He is also a contributor the CBS News, reporting on breaking severe weather across the country on the CBS Evening News. Born and raised in New England, Eric says there are few places on earth that produce a variety of weather like this little corner of the U.S. It offers the challenges of blockbuster snowstorms, hurricanes, tornadoes, heat waves, frigid cold snaps, and dramatic seasonal shifts.

Fisher joined WBZ-TV News from The Weather Channel in Atlanta where he spent three years as a Meteorologist. He produced and delivered national forecasts and contributed to numerous live reports on extreme weather for The Weather Channel, NBC Nightly News, TODAY and MSNBC.

A supporter of science and learning, Eric is a member of both the Mount Washington Observatory and the Blue Hill Observatory here in New England. Eric is a graduate of the State University of New York at Albany (SUNY) with a B.S. degree in Atmospheric Science. Boston’s WBZ-TV and sister-station myTV38 (WSBK-TV) are part of CBS Television Stations, a division of CBS.