Learn How Connecticans Shaped America with Darien Library on February 1 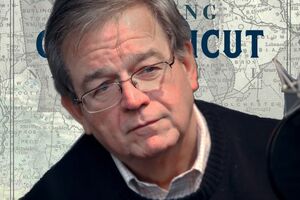 Between 1780 and 1830, tens of thousands of Connections left our state to “begin the world anew” in places like Pennsylvania, Vermont, western New York, and especially, the Connecticut Reserve of what is now Ohio. In the process, they took the culture of their home state with them and gave the nation a strong and indelible Connecticut character.

This virtual program will take place on Tuesday, February 1 at 7 p.m. Register on Darien Library’s website at www.darienlibrary.org/event/5427.

Woodward is the author of five books, the most recent of which is Creating Connecticut: Critical Moments That Shaped a Great State. His book Prospero’s America: John Winthrop, Jr., Alchemy and the Creation of New England Culture, 1606-1676 won the Homer Babbidge Prize from the Association for the Study of Connecticut History and was Choice Magazine Outstanding Academic Title.

Darien Library is a Library Journal Star Library. It is among the busiest in the state with over 1,300 people visiting on an average day and has the highest per capita circulation of items in Connecticut. The Library collection includes 125,000 books and 300 newspaper and magazine subscriptions. In addition, the Library presents over 1,500 public events annually, hosting a lineup of bestselling authors, technology classes, early literacy programs, and workshops for small business owners and entrepreneurs.