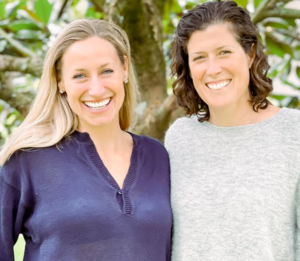 Join us at this year’s Darien Community Association’s (DCA) Annual Meeting on Friday, June 3 at 10:00am (9:30am coffee), to hear speakers Taylor Carter and Liz Geiger, hosts of the “Now We’re Talking Darien” podcasts, in conversation with CNN commentator S.E. Cupp.

Darien friends Taylor Carter and Liz Geiger launched a new podcast series last spring about the town they live in and love, called “Now We’re Talking Darien.” Since then, broadcasting out of Taylor’s home, they have hosted more than 40 podcasts, showcasing all aspects of life in Darien, and the people who contribute to our town.

Usually they ask the questions, but now it’s our chance to get to know these innovative women – who are also dedicated public servants – and what led them to start this entertaining and informative series about our community.

Taylor and Liz will be in conversation with fellow Darien resident and CNN commentator S.E. Cupp, who brings her distinct outlook to CNN programming and special political coverage, and who most recently hosted CNN’s S.E. Cupp Unfiltered, a weekly program.

Taylor Carter worked on Wall Street in bond trading/sales, retired to raise her four children, and recently returned to work at Morgan Stanley in private wealth management. She was previously a member of Darien’s Representative Town Meeting (RTM) and now serves on its Board of Finance, in addition to volunteering as a softball and field hockey coach. She is a graduate of the University of Vermont, where she was a ski racer.

Liz Geiger was a marketing and operations professional in New York City, who is now home raising three girls. She became more involved in the town when she started a small business in Darien and is now chairman of the town’s Architectural Review Board, as well as a travel lacrosse coach. Liz is a graduate of Stanford University, where she also played Division 1 lacrosse, and currently volunteers in their alumni interviewing program.

This will be an in-person event, with a virtual participation option.

The presentation will be preceded by several minutes of DCA business, including a vote on our proposed board of directors slate for 2022-2023

All participants should register at dariendca.org by noon on Thursday, June 2 or through the DCA office, 203-655-9050 extension 10.