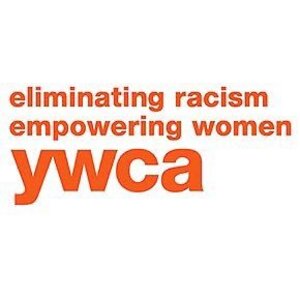 YWCA Darien/Norwalk is pleased to announce a new executive leadership team that will serve alongside the YW’s Board of Directors to continue the organization's mission-driven work and programs supporting the community.

The team will include:  Marli Hayes, who will be Interim President/CEO and will continue in her role as Director of Community Services.  Sara Mirsky, will assume the role of Director of Memberships, as well as overseeing the YWCA’s Toddler Time and Summer Fun programs. Carol Donnelly is the Director of Finance and Jen Russey will manage media, marketing and the website as Director of Communications.

“This new leadership team gives us a stronger operational structure and clears the way for deeper partnerships between the YWCA Darien/Norwalk and it’s members and community partners.  The Board is thrilled to work with these four talented women who all bring a high level of enthusiasm and experience to their roles,” said Aidan Welsh of the YWCA Board of Directors.

The team's first collaborative project will be YWCA’s Annual Week Without Violence.  This initiative is part of YWCA USA’s annual campaign which aims to end violence against women and girls.  YWCA USA established the Week Without Violence in 1995. The goal of the international initiative is to mobilize women, men and children to take action against violence in homes, schools, workplaces, and communities and observance takes place each year during the third week of October.

YWCA will be hosting virtual events and sharing information via social media channels throughout the week in support of Week without Violence, and on October 18th they will hold a Stand Against Domestic Violence luminary fundraiser.  The sale of luminaries will raise funds to support the YWCAs advocacy and mission driven programming.

You can support the YWCA by purchasing luminary kits to be placed along front yards, sidewalks, or driveways on October 18th at 6:00 p.m.  The lighted luminaries will create a ribbon of light to visually recognize and support the silent victims, survivors and lost lives in our community, and raise public awareness around domestic violence.  Each luminary kit contains 10 luminaries, information and resources and assembly instructions.  The cost of the luminaries is $30 per kit.  You can order your kit online at ywcadn.org/luminarykits