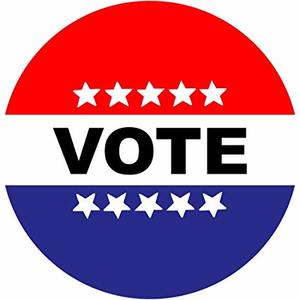 Governor Ned Lamont today announced that because of the ongoing COVID-19 pandemic, he has signed an executive order allowing all registered voters in Connecticut to vote absentee in the August 11, 2020 primary elections.

Current state law authorizes the use of an absentee ballot for six reasons, including a voter’s active service in the Armed Forces; absence from town during all of the hours of voting; own illness; religious beliefs; duties as an election official; and physical disability. Governor Lamont said that as the highly contagious virus continues to spread and nearly 3,500 people in the state who have contracted the disease have died within the last two months, it is critical that state government make reasonable adjustments that reflect the current state of emergency while ensuring that the democratic process continues safely and securely.

“Nobody should need to make a decision between their health and their right to vote,” Governor Lamont said. “Our state has taken every responsible step to this point to ensure that our residents are safe, and the next step we must take is to mitigate the risk of the spread of COVID-19 when Connecticut residents cast their ballots. We must guarantee access to the ballot, and this is a way to do that during these extraordinary circumstances. I do not take this decision lightly, and it is with the public health and welfare of residents in mind.”

Secretary of the State Denise Merrill has announced that she intends to mail every registered voter in the state an application they will need to fill out and return in order to obtain an absentee ballot. That application, which will be sent via U.S. Postal Service, will include a postage paid return envelope. After processing the applications at the local level, all voters who requested an absentee ballot will receive the ballots in the mail, which will also include a postage paid return envelope. Each town will also have a secure dropbox in a prominent location to allow voters to deliver their absentee ballots in person without close personal contact.

Connecticut’s 2020 presidential primary was initially scheduled to be held on April 28, but to reduce the risk of transmission of COVID-19, Governor Lamont signed executive orders rescheduling it, first to June 2 and then to August 11, the same date that the state was already scheduled to hold primaries for other federal, state, and local offices. Moving the presidential primary to this date enables the primary for president to appear on the same ballot as those for other offices, and eliminates the need for the state to hold two separate primary elections.