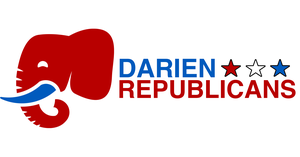 The Darien Republican Town Committee formally congratulates Board of Selectman Christa McNamara on her recent appointment to the position of Town Clerk. Hugely respected and former long-serving town employee, Caryn Diller, left the Town Clerk vacancy when she passed away suddenly in November 2020.

McNamara will begin in her new position as Interim Town Clerk on June 1, 2021 and will serve through the remainder of Diller’s term, which ends Jan 2, 2022. The Town Clerk is an elected position and serves a two-year term.

The announcement of McNamara’s departure from the Board of Selectmen on Monday, May 17th left a vacancy which, according to the Town Charter, must be filled within 30 days. It is the responsibility of the Darien Republican Town Committee to nominate and confirm a candidate for the role, who will then be voted on and confirmed by the Board of Selectmen.

The Darien RTC was fortunate to interview multiple candidates for these positions but ultimately voted that McNamara and McNally were best qualified to fill these seats. They interviewed and confirmed Monica McNally in a special meeting, held on the evening of May 24th, thus elevating her for the vacant Board of Selectmen role.

The Darien RTC wishes to congratulate both McNamara and McNally and thank them for their leadership and service to the town of Darien.

McNamara provided the following quote, in response to her new role:

“I am grateful to the Darien Republican Town Committee for moving my nomination forward to the Board of Selectmen, and then to my colleagues on the Board of Selectmen for unanimously approving my appointment to the position of Interim Town Clerk. I am excited by the challenge of continuing to serve the community in this new role."

McNally offered the following, with regard to her new opportunity:

“I would like to thank the Republican Town Committee for their support in nominating me. I am honored to be considered for the open seat on the Board of Selectmen and I Iook forward to interviewing for this position with the board, in the near future.”

“Throughout their years of service to the people of Darien, Monica and Christa have each shown themselves to be thoughtful, hardworking, competent and collaborative. We are grateful to the Board of Selectmen for its unanimous support of Christa’s move to Town Clerk and look forward to seeing that same bipartisan support for Monica as a new Selectman.”

The Town Clerk's Office keeps and preserves town records and documents including: birth certificates, death certificates, land records, dog licenses, hunting and fishing licenses, marriage certificates, absentee ballots, and voter registration. This office touches the lives of just about every resident of Darien. In addition to the Town Clerk, there are 3 Assistant Town Clerks in Darien.