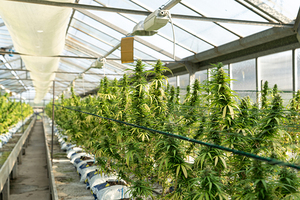 Governor Ned Lamont today announced that he is appointing Marilyn Alverio to serve as a member of the Social Equity Council. The council was created this summer by the enactment of a new state law legalizing and safely regulating the adult-use of cannabis in Connecticut.

Alverio is the founder and creator of Latinas & Power Symposium, which was established in 2004 as a professional network of Latinas who collaborate and support each other through their career and business journey. In 2019, the group expanded and she became CEO of Latinas & Power Corp. The nonprofit organization continues to grow at the local, national, and global level with in-person and new virtual platforms throughout the world and a mission to develop influential leaders and community advocates. Throughout her 35-year corporate career, she held numerous management positions in the airline, pharmaceutical, health, and financial services industries. Most recently, she retired from Mass Mutual, where she was a marketing strategist and consultant.

The Social Equity Council consists of 15 members appointed by bipartisan legislative leaders, the chairperson of the Black and Puerto Rican Caucus, and the governor. Membership on the council are unpaid, volunteer positions. The council is responsible for:

Last month, Governor Lamont announced the appointments of Joseph Williams and Dr. Kelli Vallieres to the council. With the appointment of Marilyn Alverio, the governor has one more appointment remaining, which he will be making soon.

Also last month, Governor Lamont announced the officials in his administration who will serve on the council as ex-officio members as required by state law. They include Department of Consumer Protection Deputy Commissioner Andréa Comer, Department of Economic and Community Development Commissioner David Lehman, and Office of Policy and Management Secretary Melissa McCaw.

In addition, during the council’s first meeting on August 5, the governor announced that he has selected Deputy Commissioner Comer to serve as its chairperson.

For information on the Social Equity Council, visit portal.ct.gov/socialequitycouncil.