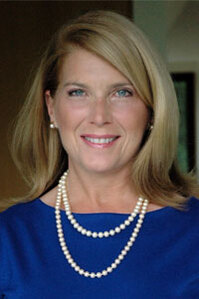 Mike Raduazzo, Chair of the Ridgefield Republican Town Committee stated “The Ridgefield Republican Town Committee is proud to endorse Jayme Stevenson in her bid to unseat Jim Himes and turn Congressional District #4 red. I have personally spoken with Jayme about what she is focused on doing in the role and she is exactly the change we need in Washington to get the country back on track. I look forward to working with Jayme over the coming months to ensure a victory in November."

Stevenson served as first selectman of Darien for ten years. She has a long history of leadership and delivering results. In addition to her municipal experience, Stevenson has also served as a member of several nonprofit boards. Among them, Lifebridge Community Services, the Rowan Canter (formerly known as the Center for Sexual Assault and Crisis Counseling) and Stamford EMS.