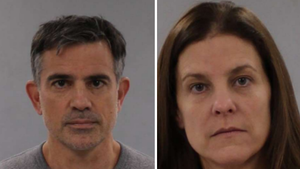 On May 25, 2019, the Connecticut State Police was requested to assist in the investigation into the disappearance of Jennifer Farber Dulos, 50, of New Canaan.

On January 7, 2020, detectives from the Western District Major Crime Squad arrested two individuals by warrant in connection with the disappearance. Both were taken into custody safely and without incident.

The two people charged today were transported to State Police Troop G in Bridgeport and will be processed there.

Arrest warrants will be made available later today pursuant to state law. The investigation remains active.