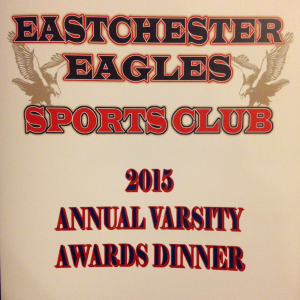 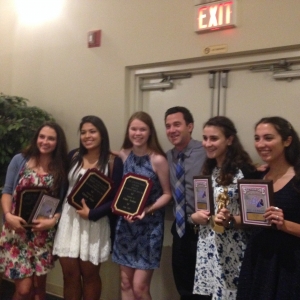 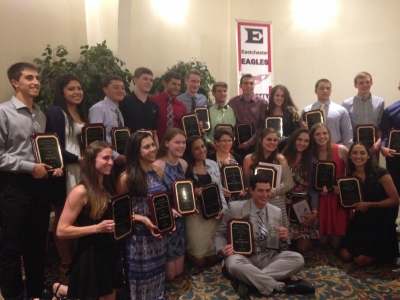 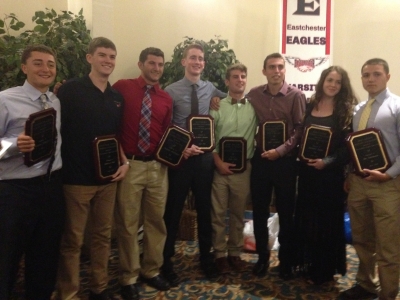 Since the beginning of time, there have always been the traditional cliques in high school: the nerds, the band geeks, the preppy kids, the hipsters, the metalheads, and lastly, the jocks. The jocks, though often at the top of this social hierarchy, are commonly perceived as airheads who are “just good at sports,” both by those who know them and those who simply watch them from a distance. Their sole talents are seen as the ones they exhibit on the field, and their sense of purpose is ignored as soon as they step off of it. But to what extent is this stereotype true?

After attending the Eastchester High School Sports Club Annual Varsity Awards Dinner last night, I am confident in saying that the “jocks” of our school are intelligent, dedicated, passionate, and spirited young men and women who are more than deserving of the awards they received. They are leaders both on and off the field, demonstrating to those around them that hard work truly does pay off in the end. Because they set goals, pushed through the pain, and never lost sight of what they wanted most, they have become true role models in our community, and have upheld the phenomenal reputation that being an EHS athlete carries.

Behind every win and every loss is a reward much more gratifying for these athletes: the gift of family-- something that was evident in all of the speeches of our Varsity teams’ captains. As their seasons progressed, these kids found themselves forming indestructible bonds with their teammates; a development which motivated them to try their best and truly give each game their all. Of course, their victories would not have been possible without their amazing coaches who pushed them to their full potential and shaped them into the stars they are today.

As athlete after athlete was awarded All League, All County, All Section, All State, and Most Valuable Player of their respective sports, it became more than obvious that Eastchester High School is home to some of the most renowned up-and-coming athletes of our time. The EHS Wrestling Team’s pride junior Nunzio Crowley is the holder of a countless number of titles, and made it all the way to the State Tournament this year. Senior John Wiley has also been awarded League Champ, Class Champ, County Champ, and State Qualifiers Champ in Track & Field, breaking his previous high jump record (which is now 6’5”) at every meet. John will also be going to States on June 13th, an accomplishment that all Eastchester Eagles are extremely proud of him for.

The Executive Board of the Sports Clubs awarded these students with numerous awards and scholarships, many of which highlighted qualities like commitment, integrity, character, leadership, devotion, and courage. The Eastchester Athletic Department also presented two awards: Athlete of the Year and The Spirit of the Eagle. The athletes of the year were junior Nunzio Crowley and senior Gillian Perrotta, while the Spirit of the Eagle awards were given to seniors Olivia Heffernan and Matthew Daly.

The Spirit of the Eagle award is by far Athletic Director Coach Jason Karol’s favorite title to bestow upon students every year, for these individuals capture the true essence of team play and sacrifice. Having won the same award in the 8th grade, Olivia Heffernan shares, “I feel like the award greatly represents my personality and time here at Eastchester because of my spirit and dedication to athletics. I was overjoyed that I was able to receive similar awards at both the end of middle and high school.”

The Varsity Awards Dinner was not only a celebration of these students’ athletic achievements, but the quality of their character. These athletes have demonstrated that they have the heart, discipline, passion, and dedication to achieve anything they put their minds to, and possessing these traits puts them at an advantage over players with even the greatest athletic  abilities. Congratulations to all who received their well-deserved awards and scholarships, and the best of luck in your future endeavors, both on and off the field!