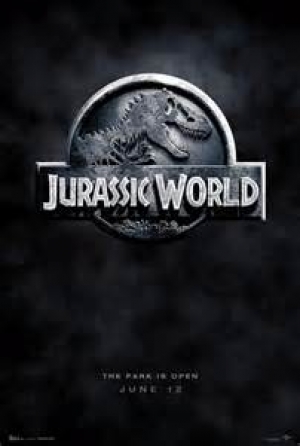 As someone who has never really been into sci-fi movies, I didn’t know exactly what to expect when I entered the Ridge Hill movie theater last Sunday evening with my family. With the simple plot of an escaped dinosaur wreaking havoc on an amusement park in mind, I anticipated nothing more from Jurassic World than for it to be a simple film with an inevitable happy ending, regardless of the twist and turns it took in the span of two hours. Little did I know that I would be walking out of the theater questioning humanity’s role in the world and just how wrong and misplaced our priorities can be.

At first glance, the character of Claire Dearing (Bryce Dallas Howard) seems to have it all: a great job, a flourishing amusement park, and the birth of hybrid dinosaurs that will only increase the monetary success of Jurassic World. But within her lies a fatal flaw: Claire is a textbook workaholic. While dedication and passion for one’s work are not weaknesses in and of themselves, Claire’s desire for Jurassic World to run smoothly and attract as many visitors as possible impedes her from seeing what is truly important in her life: family, compassion, and love.

Zach and Grey Mitchell fly to Isla Nublar expecting an exciting trip to Jurassic World with their Aunt Claire. Instead, they are greeted from their ferry boat by an assistant, whose inability to keep track of them leads to finding themselves smack in the middle of the Indominus Rex’s path, with their lives in complete danger. Claire only realizes just how much responsibility is in her hands when she gains the knowledge that her nephews are stuck in the territory of the Indominus Rex. Ultimately, it is her greed to have the best attractions that put the boys’ lives in danger. In turn, Zach learns to be a better brother to Grey as they escape the deadly monster on multiple occasions, each time by only a split second or single centimeter. Though often shunning him for his over enthusiasm to see everything and anything “dinosaur,” it is Zach’s protection and ability to think of his feet that saves him and Grey from the fatal grasp of the Indominus Rex.

As someone who is merely in charge of running the park, overseeing its events, and dealing with investors, Claire sees the dinosaurs of Jurassic World just like any other visitor would see them: exhibits behind glass, animals in cages, and specimens to marvel over. Unlike the character of Chris Pratt, Owen Grady, Claire is in awe of the dinosaurs solely for their ability to make money for the park. Owen, on the other hand, develops a true relationship based on mutual trust and respect with the dinosaurs, especially the velociraptors, and is able to communicate and contain them. Claire only realizes the beauty and sacredness of the animals’ lives once she sees a field of half a dozen brontosauruses wounded after one of Indominus’ killing rampages. Only then does she understand that the dinosaurs of her park are living beings too, who need passion and care, just like any human does. Owen also bravely fights against Vic Hoskins (Vincent D'Onofrio) who tries hard to buy the raptors from Jurassic World in order to use them as “killing machines” in the military. Ultimately, it is Owen’s bond with the raptors that enables them to defeat the Indominus Rex, as they join forces and act as one team, despite their species barrier, to defeat it. Owen proves just how far the loyalty of the raptors extends, being as they were the key to their success in defeating the monster , all because he took the time to imprint and show compassion towards the raptors.

Lastly, amidst all the tragedy, Claire finds love in the form of Owen Grady. Suggested to have had a past, Claire and Owen are almost forced to rekindle the fire they once had as they fight to bring the Indominus Rex’s killing rampage to an end. For once, Claire allows herself to have something other than the amusement park in her life, and in the end, it is her ability to put the love she has for her family, the dinosaurs, and Owen that gives her the final push to unleash the powerful T-Rex that finally kills the Indominus Rex. Though arguably making her more vulnerable, letting love into her life gives Claire the courage and strength to protect those who mean the most to her.

All in all, Jurassic World is a great film that leaves its audience pondering the very coexistence of humans and nature, regardless of whether or not you are a sci-fi fan. We are taught not to tamper with Mother Nature, for the forces we in turn create are not to be reckoned with. Just like Claire, we learn that our greed for success comes with a great cost, and often times, it is simply not worth it. Just like Claire, we realize the importance of family, love, and compassion, and that at the end of the day, we are nothing without them.