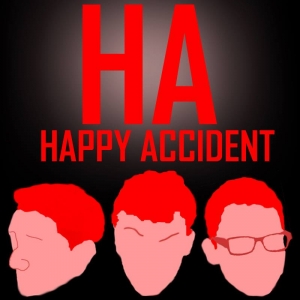 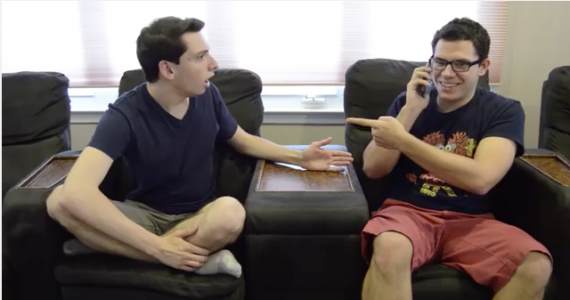 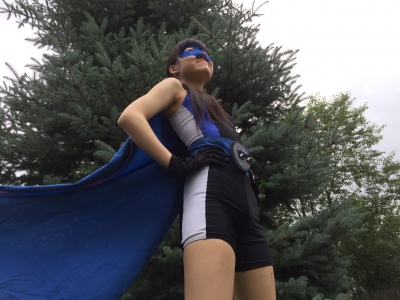 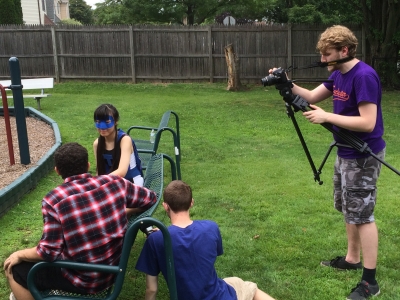 For many of us, we look at summer vacation as a time to kick back, relax, and enjoy the freedom of not having to attend class everyday. We wade in the idleness of the season as the days grow longer and the nights, warmer. We grow lazy and marvel at the idea of having to do nothing until next fall. But this is certainly not the case for Eastchester alums John Cerasi, Eric Elson, and Brandon Salerno, who have used this free time to further pursue their passions as they launch their new comedy Youtube channel, Happy Accident.

Salerno first came up with the idea for Happy Accident back in April, and the group has been meeting several times a week since the beginning of the summer. All three describe the collaborative process to be very relaxed. “Usually, if we have no ideas, we’ll just kind of talk about stuff and keep the conversations going until something comes up that we can use,” Cerasi shares, “We just make sure we all have a say, as well as a creative voice in the final product.”

Perhaps the most treasured thing about Happy Accident is the perfect timing of its launch. Cerasi, Elson, and Salerno are all pursuing careers in the arts, and this project has done nothing but enhance their talents in their respective fields. Each new video calls for the practice of acting, filming, editing, and producing skills that all three artists are on their way to mastering. When asked about the importance of starting Happy Accident in the midst of their college careers, Elson admits, “I feel as though now that I am beginning to learn more about what makes a good script and the general architecture of a story through my classes, I will be able to bring a more informed and educated contribution to the mix that I would'nt have been able to, had we started in high school.”

Of course, Happy Accident would not be the hit it is without the help of Eastchester seniors Bobby Martin and Kevin Wingertzahn, who play a huge role in the channel’s post production process. The two are the co-creators of A Gotta Go Productions, whose shorts films have been showcased at the EHS Film Festivals in the past few years. Both Martin and Wingertzahn express great satisfaction in working with Happy Accident so far. “This experience has taught me how to take others’ ideas and produce products close to what they had in mind, while still having them be my own style,” Martin shares, “It’s only the beginning now but I can see Happy Accident growing into something phenomenal.”

Happy Accident released its first video, Coming Out, early last week, and already has more than a thousand hits. The parody tells the  tale of co-creator Brandon Salerno’s experience with coming out to several friends, and their all but hilarious (and slightly exaggerated) reactions to the news. The film features all three creators as well as guest star Eastchester alum Eve Lott. The channel’s latest release, entitled Tumblr Girl! Episode One: Banana, takes a jab at the bizarre views of Tumblr users, which are undoubtedly backed by unreliable resources. Tumblr Girl, played by Eastchester alum Raylla Chan, ridicules Cerasi for littering a banana peel, which she claims will cause the death of 10,000 penguins this year alone.

For more hilarious videos, make sure to check out Happy Accident and show your support for the arts in Eastchester!