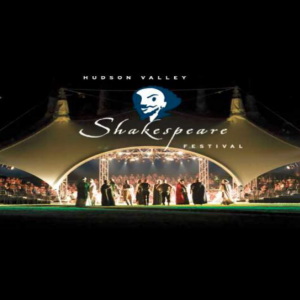 A majority of us view Shakespeare as just another high school and college English requirement, and a seemingly incomprehensible one at that. Many of us dreaded having to act out key scenes of "Romeo and Juliet," "Julius Caesar," and "Hamlet" to our classmates, as they were overly dramatic and at times, didn’t even seem to make sense. But boy do I know something that’ll change your mind. The Hudson Valley Shakespeare Festival’s 2015 summer season opens today, and they’re ready to give you the shows of a lifetime that’ll leave you loving Shakespeare more than you ever thought imaginable.

The Hudson Valley Shakespeare Festival engages the widest possible audience in a fresh conversation about what is essential in Shakespeare’s plays: Their theater lives in the here and now, at the intersection between the virtuosity of the actor, the imagination of the audience, and the inspiration of the text. Founded in 1987, the Shakespeare Festival has tirelessly performed stellar renditions of Shakespeare’s most renowned works in their outdoor Boscobel with the beautiful Hudson Valley as its backdrop. This year, the theatre proudly presents a 12 week season that will feature "The Winter’s Tale," "A Midsummer Night’s Dream," "The Arabian Nights," "An Iliad," and "The Tempest".

With raving reviews from both regional and national media (The New York Times, New Yorker, The Wall Street Journal), there’s no way you can go wrong by attending this much anticipated summer fest. What are you waiting for? Buy your tickets today, as their season sells out fast!