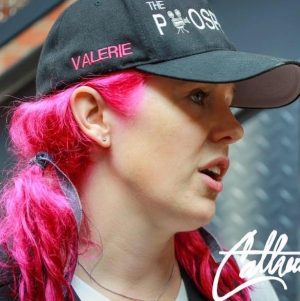 What do NBC Nightly News, ESPN, The New York Yankees, and the New York Times have in common? The Prospector Theater in Ridgefield, Connecticut.

The 57 million  adults living with some form of disability, eighty percent of whom are unemployed, are the reason the Prospector is sparkling around the globe and why on Wednesday, September 10, The New York Times shared that sparkle.

In the New York Times article titled, In Ridgefield, a Movie Theater With a Lofty Mission, Times writer Tammy La Gorce showcases The Prospector, first from the perspective of  a patron, Ridgefielder Debbie Kadagian, who told La Gorce that  she had a simple goal in mind when first visiting The Prospector, “We heard the movie was good, and we wanted a couple hours of escapism." Kadagian experienced so much more than a movie and has become a regular Prospector guest.

In the article,  Prospector founder, Valerie Jensen tells La Gorce, “If we were a botanical garden, we would have every kind of flower, from the poison to the very fragrant to the mystery flower...the employees have a wide range of disabilities, including Down syndrome and multiple sclerosis, as well as what she called invisible disabilities like major depression.”

Jensen talks to La Gorce about her sister, Hope, who was born with Down-syndrome, “When Hope was born, the doctors basically told my parents they should just leave her there, and she should go to an institution...we didn’t have a community of supportive people around Hope."

Visit Ridgefield’s Propsector Theater at 25 Prospect Street in Ridgefield so you can experience its true beauty and marvelous mission.