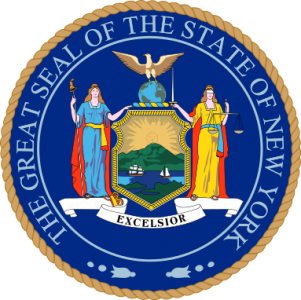 Highest Rating Ever from Fitch Ratings

Governor Andrew M. Cuomo today issued the following statement regarding Fitch Ratings' upgrade of New York's credit rating to AA+ with stable outlook, the best rating that Fitch has ever given New York. This action follows the upgrade on Monday from Moody's Investor Services and, together, represents New York's best credit ratings since 1972.

"News that Fitch Ratings has upgraded our bonds to the highest level ever for New York State is the cherry on the cake after a productive and successful end to the 2014 legislative session," Governor Cuomo said. "Coming after Moody's upgrade earlier this week, this is tremendously good news on a number of levels as it will make a major economic difference to the State as we will pay less interest on bonds and by doing so, save money for the taxpayers. More importantly, this is the most powerful affirmation of the progress this state has been making over the past years, including responsible spending, on-time budgets, and an end to political gridlock. I commend my colleagues in the Legislature, as this is a four year track record that is being judged by ratings agencies. New York State went through a very tough time, but New York is coming back stronger and better than ever before."

In its report, Fitch says that "the upgrade reflects the improved fiscal management practices of recent years that have resulted in timely and more sustainable budget-making. Notable recurring actions were taken to close budget gaps in the downturn, and in the recovery the state has limited the growth in spending."

The 2014-15 Enacted Budget holds spending growth below two percent for the fourth consecutive year, continuing a record of fiscal discipline that follows decades where state spending increased at a higher rate than inflation and personal income growth.

"The upgrade of New York's GO rating, to 'AA+' from 'AA,' is based on the fiscal management improvements made by the state in recent years and Fitch's expectation that the state will continue to adhere to strengthened fiscal management practices going forward," said Fitch in their report.

"The state has implemented a wide range of beneficial changes to its budgeting, including on-time budget enactment, consensus revenue forecasting, and curbs on expenditure growth, while avoiding significant reliance on one-time resources," said the Fitch report. "These changes have resulted, in Fitch's view, in more sustainable budget performance compared to the state's earlier fiscal practices, in which the state relied on non-recurring actions to cover persistent structural spending pressures and to respond to severe, recession-driven revenue cyclicality."

Fitch cites multiple strengths of New York's financial position in their report, including sustainable budgeting practices and strong financial planning and reporting. The report notes that "with proactive budget management New York continues to have a margin of flexibility to respond to unforeseen economic and revenue weakness beyond the level provided by its reserve balances."

The report specifically notes the improvements made to New York's fiscal health over the last four years. "Although New York's financial position was strained during the recession, its approach to budgeting has become more sustainable and focused on structural solutions than was the case in the past," said Fitch. "The fiscal 2012 budget addressed a large budget shortfall primarily through aggressive spending control and policy reform, lowering the cumulative four-year budget gap projected at the time to $10 billion, from $63 billion. Notably, it included ongoing expenditure control mechanisms for Medicaid and school aid, the two largest drivers of state spending."

New York's next scheduled bond sale will be for Personal Income Tax bonds, with pricing in the coming weeks and a closing day likely to be in early July. A higher credit rating is a reflection of the State's improved credit worthiness, resulting in better rates for State debt and savings for taxpayers.