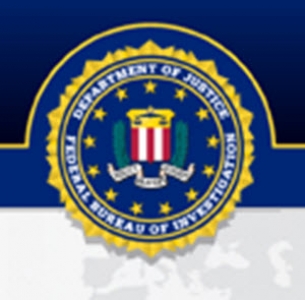 Preet Bharara, the United States Attorney for the Southern District of New York, and George Venizelos, the Assistant Director-in-Charge of the New York Field Office of the Federal Bureau of Investigation (“FBI”), announced that ELFEGO BOYD, a/k/a “Kush da Dawn,” 29, of the Bronx, New York, was sentenced today in Manhattan federal court to 10 years in prison in connection with the sex trafficking of a teenage girl (“Minor Victim-1”). BOYD was also ordered to pay $20,000 in restitution to Minor Victim-1. He was sentenced by U.S. Magistrate Judge Michael Dolinger, who presided over BOYD’s guilty plea on June 25, 2014. Manhattan U.S. Attorney Preet Bharara said: “Sex trafficking is a heinous crime, but it is particularly reprehensible where perpetrators target vulnerable, minor runaways as Elfego Boyd did in this case. This investigation and prosecution sends the message that individuals who target the vulnerable will themselves become targets for prosecution.”

FBI Assistant Direct-in-Charge George Venizelos said: “Boyd engaged in the act of prostituting a minor, contributing to a rapidly spreading epidemic that projects its poison onto the most vulnerable members of society. January is Human Trafficking Awareness Month, and today’s sentencing should send a message to those with similar intentions of targeting minors: the FBI and our law enforcement partners are committed to investigating allegations of sex trafficking and sending those responsible for such heinous acts to prison.”

According to the Complaint, the Indictment, and other documents filed in Manhattan federal court, and statements made at various proceedings in this case: In approximately September 2010, Minor Victim-1, who was 15 years old at the time, met BOYD in Times Square, New York after running away from her home in Pennsylvania to New York City. BOYD, who introduced himself as “Kush da Dawn,” asked Minor Victim-1 if she wanted to prostitute for him and she agreed. BOYD then provided food and shelter to Minor Victim-1. While staying with BOYD, Minor Victim-1 also met Norman Darby, BOYD’s co-defendant, who introduced himself as “Black.” Both BOYD and Darby placed advertisements Offering Minor Victim-1 for sex using an online classifieds website. The ads did not receive any responses and Minor Victim-1 left New York City and returned to Pennsylvania a short while later.

Eventually, BOYD returned to New York City with Minor Victim-1. At BOYD’s direction, Minor Victim-1 continued to have sex in exchange for money with multiple men who responded to online advertisements, after which BOYD took all the money.

Minor Victim-1, who turned sixteen years old during the several-month period she was being offered for sex by BOYD and Darby, told BOYD her age.

In November 2011, after getting into an argument with BOYD, Minor Victim-1 ran away.

In his plea allocution, BOYD acknowledged that he knew Minor Victim-1 was underage at the time he offered her for commercial sex in exchange for money.

In addition to the prison term and restitution, BOYD was sentenced to five years of supervised release.

BOYD’s co-defendant, Norman Darby, pled guilty to conspiracy to engage in sex trafficking and is scheduled to be sentenced later this month before Judge Patterson.

Mr. Bharara praised the outstanding investigative work of the Federal Bureau of Investigation and the New York City Police Department in investigating this case. The prosecution of this case is being overseen by the Office’s General Crimes Unit. Assistant United States Attorneys Andrea Griswold and Gina Castellano are in charge of the prosecution.