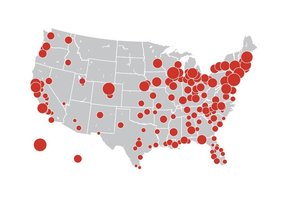 East Windsor and other nearby cities data can be seen on the chart below.

The number of nonprofits in towns near East Windsor are: