Celebrating the Holidays With Legends in Concert at Foxwoods 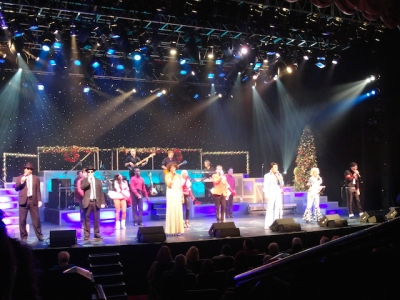 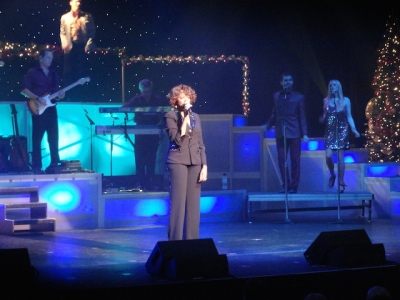 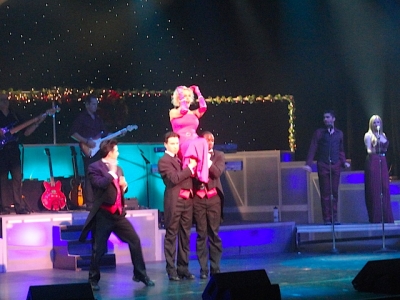 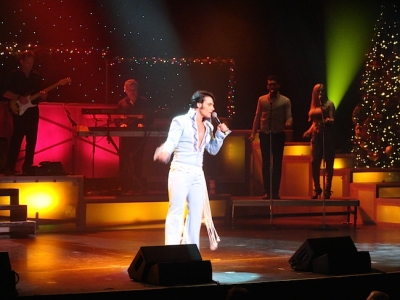 What I look forward to the most during the holidays is spending quality time with my family and rekindling fond memories of Christmases past with holiday music. That's why  I was especially excited to be invited to attend and review the Legends in Concert holiday show at Foxwoods this past Tuesday. When I was told I could bring a guest, I immediately thought of my mom. What a perfect opportunity to listen to the classics from the past that we both love!

We got to the Fox Theater with plenty of time to pick out prime seats for ourselves. Entering stage right in front of the live band and back up singers, Michael Jackson kicked off the show with “Wanna Be Startin’ Somethin’” from Thriller. While no one could confuse this impersonator’s voice with The King of Pop, he dressed the part perfectly from the white suit and hat of “Smooth Criminal to the black sequined jacket and white glove of “Billie Jean.” He also impressed with Jackson’s signature dance moves, culminating in a slick Moonwalk.

Next up was The Material Girl, belting out “Express Yourself.” As Madonna would hardly receive critical acclaim for her singing, despite the catchiness of her pop hits, it’s hard to fault an impersonator for having a fuller, more powerful voice. Her dancing had a little less pep than the pop princess, and she seemed to be channeling Lady Gaga more than The Material Girl in her banter. Yet the costumes and routines were fun and familiar as she toyed with the boys for “Material Girl,” struck a pose with the girls in “Vogue” and celebrated with all for “Holiday.” She even stepped out in audience to flirt with the crowd during her spot on “Santa Baby,” Madge-style.

The surprise hits of the night were The Blues Brothers. Spot on with their dancing, costumes and interplay, Jake and Elwood entertained with their singing and joking, and Elwood played a mean harmonica. From “Everybody Needs Somebody to Love” to the gospel-tinged “Soul Man,” the brothers got the audience clapping to the rhythm and calling out refrains. Sock hop dancers decorated in silver helped bring new life to the holiday favorite, “Jingle Bells.”

You have to give the woman who stepped into Whitney Houston’s shoes a lot of credit for tackling the songs of the vocally gifted singer. While we found her voice brassier than Houston’s powerfully pure voice, the singer deftly covered the range of hits, including “I Wanna Dance With Somebody,” “I’m Every Woman” and “Queen of the Night.” After performing the festive “Do You Hear What I Hear,” a somber mood was set for the beloved ballad, “I Will Always Love You.” While the incredible vocal acrobatics of Houston could not be matched, the singer beautifully captured the spirit of the song and received a standing ovation.

The greatly anticipated Elvis hit the stage, striking the right chord with his dark, good looks and perfect costuming. His voice was pleasing on the hits “Hound Dog,” “Heartbreak Hotel” and “All Shook Up,” the singer really shined when the performance was stripped to a trio for “That’s All Right” and “Blue Christmas.” While he could not quite match the swinging hips and swagger of The King, an extended low lunge during “Blue Suede Shoes” was impressive.

Just before the entire cast of performances hit the stage to wind up the night with a cheery “It’s The Most Wonderful Time of The Year,” the live band rocked a phenomenal number that was the highlight of the performance for me.  While a purely instrumental piece, the spirited rendition of Trans-Siberian Orchestra’s “Christmas Eve/Sarajevo” was pitch-perfect, showcasing the considerable talent of the musicians, with keyboards filling in for the missing instruments.

Props must also be given to the talented backup dancers who kept the performance lively with their leaps, shimmies and shakes. The backup singers brought depth and color to the stars’ performances, leaving the audience wanting more of the vocal acrobatics they displayed during brief duets. All in all, the show left me in high spirits, excited for the holidays.

Continue the holiday celebration by catching Legends in Concert at the Fox Theater through Saturday, Jan. 3. Sunday performances are at 7:30 p.m., and Tuesday matinees are at 2 p.m., but the rest of the shows start at 8 p.m., with an additional 10:30 p.m. show on New Year’s Eve. There are no performances tonight or on Monday, Dec. 29.

Foxwoods is located at 350 Trolley Line Blvd in Mashantucket. The Grand Pequot Self Park Garage located off Grand Pequot Boulevard is the most convenient event parking available.