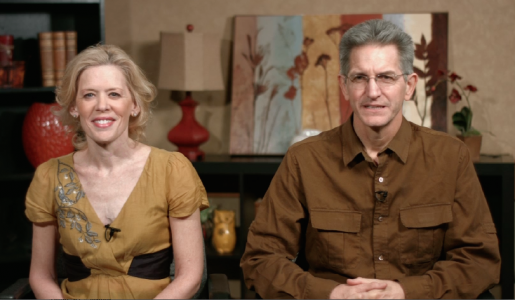 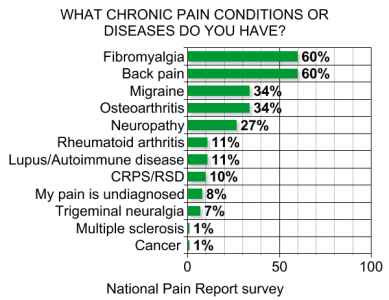 Cynthia Toussaint was a promising, 21-year-old ballerina when she was struck by a seemingly simple hamstring injury that ultimately led to a lifetime of widespread pain. After being a performer for so many years, Toussaint was accustomed to the bright lights and action of the stage. Now she would have to learn to manage the burning heat and immobility of chronic pain.

“I had just had gotten a role on the TV show Fame when I was struck with CRPS,” Toussaint said in a recent interview.

The Symptoms of CRPS

Complex Regional Pain Syndrome (CRPS) is a chronic pain condition believed to be cause by damage to or malfunction of the peripheral and central nervous symptoms. Formerly known as Reflex Sympathetic Dystrophy (RSD), the neurological condition is characterized a constant burning pain, inflammation of tissues and affected joints, contractions of the blood vessels (vasoconstriction) and muscles of the extremities (spasms), and changes in skin color, texture and temperature. People with CRPS may also have motor dysfunction (including dystonia), excessive sweating and extreme sensitivity to temperature, sound, vibration and touch.

“[CRPS] is a message that goes to the brain that sends, ‘pain, pain, pain,’ and it amplifies and does not know how to shut itself off,” Toussaint, now 52, explains. “And the pain feels as though my body has been doused with gasoline and lit on fire.”

Despite the excruciating pain of CRPS, Touissant continued to dance for as long as she was able. “After I got ill, I first got a job dancing in Reno, then Vegas, and I stayed with that act because I wasn’t going to lose my life as long as I could,” she said. “And finally the disease spread from my right leg into my left, and I could no longer fake it.”

Undiagnosed for 13 years, Touissant was told her symptoms were “all in her head.” Meanwhile, her condition worsened and left her bedridden for a decade. “I was unable to speak while the disease spread throughout my entire body and ravaged my vocal chords,” she said.

“It’s really an unlivable situation, and having this incredible man stick by me and believe me when nobody else did,” Cynthia said, reaching out to grasp her husband’s arm. “I can say safely that not only would I not be here if not for opiods that have saved me, but also I would not be here if not for John.”

John Garrett has been Cynthia’s loving caregiver for the last 32 years. He stresses the importance of bearing witness to those suffering with chronic pain. “The first thing to do is to believe them and trust what they’re telling you is really what’s going on,” he said.  "You want to honor them and embrace them for the experience they’re going through and try to help them through a very, very, very difficult situation. It’s something to give a lot of love to, for sure.”

Toussaint was finally diagnosed with CRPS in 1995, along with the overlapping condition fibromyalgia. Since then, she has experienced significant improvement and moved from the bed into a wheelchair.  She is presently experiencing her first partial CRPS remission in 32 years and can now swim a mile.

“I can swim a mile but I can’t walk a block,” Toussaint quipped.

She credits her improvement to multiple factors, including firing her conventional doctor and writing her own story in the memoir, Battle for Grace: A Memoir of Pain, Redemption and Impossible Love. “I think honestly I stopped going to doctors who were actually making me a lot worse, and I wrote my book,” she said “And I think it was the narrative therapy of writing my book and going to an alternative therapy doctor that helped me.”

Toussaint receives acupuncture, trigger point injections and acupuncture from her new holistic doctor. She also takes a proactive role in her own healing by eating a healthy diet, staying hydrated and practicing good sleep hygiene. “I also do meditation every day,” she said. “Lots of self-care.”

Opioids have also played a critical role in helping Toussaint manage her CPRS. “For me, after being bedridden for 10 years and finally getting my diagnosis after 13 years I learned that opioids were an excellent and effective way for me to manage my pain,” she said. “However, I do deal with this very serious side effect known as OIC. It can be very severe.”

OIC, or opioid-induced constipation, is a serious side effect of taking opioids. For Toussaint, OIC resulted in a hiatal hernia after consistent straining. This straining also exacerbates her CRPS pain.

“On my—our—OIC days, very often my walking is either very limited, or I can’t walk at all, in which case John has to literally be my legs not only for my work and everyday chores, but also he literally has to get me to and from the bathroom time and time again or bring the bathroom to me,” she said. “So it’s really a supreme challenge, living with OIC.”

While Cynthia must sometimes rely on Garrett to “be her legs,” she describes herself as a very independent person who uses her wheelchair whenever she can. She counsels otherwise self-reliant people with chronic pain to just honestly ask for help when they need it. “I’ve gotten very good at asking and sort of demanding. I sort of give John orders—I have to admit—at this point,” she said.

Her husband seems to take the added responsibilities in stride. “It always gives me a great opportunity to put my arms around her, which is not such a bad thing, you know?” he said.

John recognizes how stressful and energy-consuming being a caregiver can be. He notes how easy it is for people in chronic, long-term caregiver situations especially to lose themselves, giving up their own dreams, ambitions and goals. He urges loved ones to find ways to carve out time for themselves and their own pursuits as well.

He advises people, “Yeah, you love that person and take care of them, but, you know, love yourself—take care of yourself too—and hold onto those dreams and passions that you have.”

The State of Chronic Pain in America

One of the passions that Cynthia and John share is promoting better care and wellness for women in pain, which is what they accomplish with For Grace, the nonprofit they founded more than 12 years ago. With more than 100 million adults in America with chronic pain, the couple believes it is important to offer help and valuable information through their website www.forgrace.org, public speaking and caregiver support groups.

They have also gotten involved with legislation, most notably with the Assembly Bill 889 to reform the Step Therapy, or “fail first,” prescription practice. Step Therapy requires a patient to “fail” on up to five different medications before being allowed to have the one originally prescribed by his or her physician.

“This is an unethical prescription practice that the health insurance industry uses at the cost of the paying patients,” said Toussaint, who recently spoke on Capitol Hill. “We did get it to Gov. Brown, our California governor’s desk, a couple of year ago, and he vetoed it. And we’re plowing on through. We never quit. We won’t stop until we get it signed.”

For Grace is also committed to bringing light to the disparity of health care women face in the assessment and treatment of pain conditions. Its Women in Pain Awareness and Education Project helps to educate the public about gender disparities in pain management—women are more often under-treated for their pain, to inform and empower women to become better advocates for their health, and to enlighten policymakers about the major national health crisis of chronic pain.

It is estimated that at least one-third of the American population live with chronic pain today, more than the number of people living with cancer, heart disease and diabetes combined. Pain is cited as the number one complaint for patients seeking medical attention in the country. Chronic pain is medically defined as any pain in the body that lasts more than three months.

Learn more about CRPS and the physiological consequences of chronic pain here.