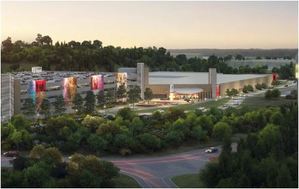 Mashantucket Pequot Tribal Chairman Rodney Butler today released a statement following the Department of Interior's decision to give final approval to the East Windsor casino project.  To learn more about the project, go to www.tribalwinds.com.

Today is a great day for the Mashantucket Pequot Tribal Nation and the State of Connecticut, especially given our 400-year history together,” says Rodney Butler, Chairman of the Mashantucket Pequot Tribal Nation. “I applaud the actions of the Department of Interior and extend my sincerest gratitude to Assistant Secretary Tara Sweeny and the Office of the Solicitor at the Interior Department for their assistance in resolving this matter.  Now that the approval of our Amendment is secured and our exclusivity agreement with the State of Connecticut is reaffirmed, we will move forward with construction on Tribal Winds Casino in East Windsor and preserve much needed jobs and revenue.