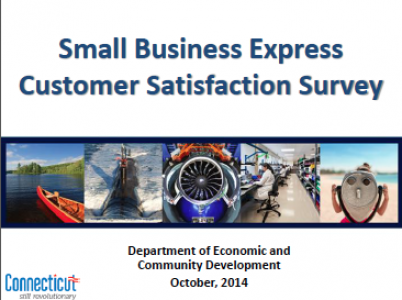 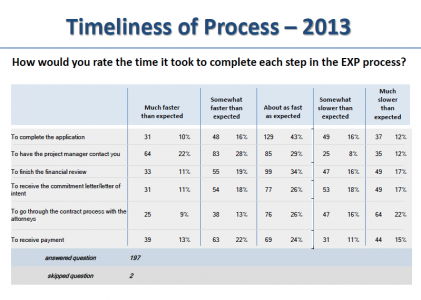 (HARTFORD, CT) - On Friday, Governor Dannel P. Malloy released the results of two customer satisfaction surveys that were conducted to determine the level of satisfaction and experience of small business owners who had applied for financial assistance under the Department of Economic and Community Development’s (DECD) Small Business Express Program (EXP).  To date, 1,210 companies have received $171,632,484 million in grants and loans through EXP and are expected to create or retain over 17,000 jobs.
According to data made available by the DECD, seven small businesses in East Windsor have received funding from the EXP. These businesses—all in the manufacturing industry, with the exception of construction company R & R Tool & Die, LLC—have created 25 new jobs in total. Herb Holden Trucking, Inc., KTI, Inc. and Avalon Advanced Technologies and Repair, Inc together retained 63 of 99 jobs.

In addition to those businesses, Pyramisa Marble & Granite, KTI, Inc., FSM Plasticoid Manufacturing Inc. and the Trento Group have together received a total of $1.05 million in job creation loans and $565,000 in matching grants.

“From the beginning, my administration has been committed to making it easier to do business with state government by lowering costs and being a more efficient, more transparent and more responsive partner,” said Governor Malloy.  “We created EXP to ensure smaller companies have the support they need to expand, compete and create jobs and to make Connecticut a more attractive place to start and grow a business. The results of this survey show that EXP has done just that and I commend the staff at DECD for their successful delivery of this program."
Governor Malloy also announced he will visit Toy Chest in West Hartford Saturday to promote Small Business Saturday, a nationwide campaign to encourage people to shop at local businesses on Nov. 29.  The Toy Chest, which has been located in West Hartford Center since 1956, is a family owned and operated store that specializes in fun toys that encourage creativity and learning.
The surveys were conducted by the Connecticut Economic Resource Center (CERC) in 2013 and again in 2014 and requested feedback from both successful and unsuccessful EXP applicants.  All metrics held solid or showed improvement, registering at least 55 percent meeting or exceeding expectations.  CERC asked applicants to rate their experience relative to their expectations for the six phases of the EXP application process:
“EXP was perhaps the most impactful component of the 2011 Jobs Bill, because it addressed a serious need in the small business sector, in the aftermath of the Great Recession – private lending had almost completely stopped,” said DECD Commissioner Catherine Smith.  “That was what was artificially constraining many small business people who were trying to recover and grow.  The demand for the program was so great that it was a real challenge to keep up with it.  So it is truly gratifying to see the efforts of our staff yielding such great results.”
CERC received responses from 425 businesses that were funded and 77 businesses that were declined for EXP. Key findings of the survey include:
All of the survey respondents indicated that the timing of the application process took about the amount of time they expected, with the timing of a project manager contacting them receiving the highest marks, and the length of time it took for the contract to go through the legal process receiving the lowest marks. These findings were virtually the same for both groups of respondents.
The full report containing the survey findings is available on the DECD website.