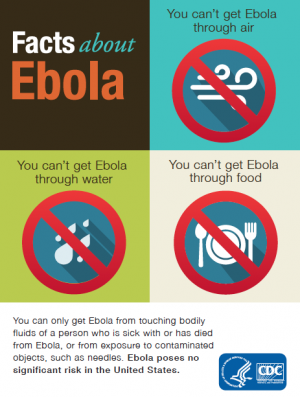 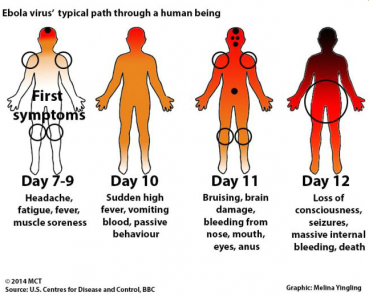 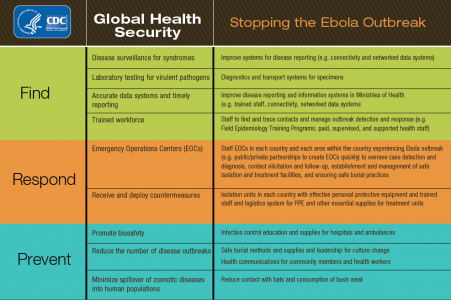 Update 6:43 p.m.
Test results from the Massachusetts State Public Health laboratory on the patient being treated for Ebola-like symptoms at Yale-New Haven Hospital came back this evening preliminary negative.
"Certainly this is encouraging news," said Gov. Dannel P. Malloy.  "While the initial test results are negative, Dr. Mullen has made the determination that it is in the best interest for residents in New Haven and the surrounding area that the patient remain isolated as we await official test results from the CDC."

Connecticut had a close brush with the Ebola virus when Yale-New Haven Hospital in New Haven confirmed today that it was treating a quarantined Yale University grad student who was displaying Ebola-like symptoms. The man, recently back from Liberia, had been admitted to the hospital yesterday after developing a fever. Fortunately, it was just reported that the patient’s samples tested negative for the disease.

The patient is one of three Yale University PhD. researchers who aided the Liberian Ministry of Health on computer systems to monitor the Ebola outbreak in Liberia. The students returned home Oct. 11. The patient and another student tested negative for Ebola in Liberia, but both voluntarily isolated themselves upon their return to the United States.

On Wednesday, the patient contacted their primary care physician after exhibiting a fever, Dr. Thomas Balcezak, chief medical officer of Yale-New Haven said in a press conference Thursday afternoon. The physician and Yale-New Haven Hospital, with help from New Haven public safety, arranged for the patient to be brought to the hospital’s emergency department that evening.

New Haven City Mayor Tony Harp said in that press conference that she was notified by the chief of police and emergency management personnel Wednesday of the patient, whom they were meeting at Yale-New Haven hospital “to make sure that everything was appropriate for, one, picking up the individual, and two, transporting them to the hospital with really the highest precaution level—even higher than is required by the CDC.”

While precautions were underway at the time, Harp said that there was no reason to believe this would turn out to be a confirmed case of Ebola.

“I think it’s really important for people to remember that we are in flu season,” she added, indicating that many people with similar symptoms were calling in concerned about their risk of Ebola. “But if you haven’t come from Liberia, Sierra Leone or Guinea, then you are likely to have just the regular flu.”

Early symptoms of Ebola, formally known as Ebola haemorrhagic fever, tend to be non-specific, mimicking other health conditions like the flu. A patient often first experiences fever, fatigue, headache and muscle soreness for a couple days. The patient may shortly develop stomach pain, vomiting and diarrhea, as well as unexplained bruising.

In more than half of Ebola cases, the infection dramatically advances, causing hemorrhage, bleeding under the skin and from the nose, mouth, eyes and anus. If Ebola proves fatal in a patient, he or she typically begins to leak fluid from blood vessels deep in the body, causing a dramatic drop in pressure that leads to organ failure.

These symptoms start presenting between 2 and 21 days after becoming infected. If an exposed person does not develop symptoms after 21 days, the Center for Disease Control and Prevention (CDC) states he or she will not become sick with Ebola.

This new, particularly lethal strain of Ebola began emerging in the West African countries of Guinea, Liberia and Sierra Leone in early 2014 and is considered the largest in history. One in two people who have gotten Ebola in this outbreak have died. Fourteen have been treated for Ebola outside West Africa.

Ebola is not an airborne disease; it is transmitted through direct contact with body fluids (like blood, vomit, semen and excrement) of an infected person, objects contaminated with this infected body fluids or through the fluids or infected meat of animals with the disease. If an infected person’s blood or vomit gets into another person’s eyes, nose or mouth, the virus can be transmitted. In this most recent outbreak in West Africa, most new cases occur among those caring for sick relatives or preparing an infected body for burial.

Healthcare workers are also at risk for contracting the virus, as it can survive on surfaces, such as latex gloves or hypodermic needles. This is especially likely if the treating medical facility is not properly equipped with or trained to use decontaminate protective gear correctly.

Two of the three confirmed cases of Ebola in the United States occurred in nurses in Texas, who were treating a man with the illness. The CDC announced the country’s first lab-confirmed diagnosis of Ebola on Sept. 30. The patient had traveled from West Africa to Dallas, Texas, showing no symptoms of the virus until four days after arriving in the U.S. He died of the illness on Oct. 8 and his body was cremated.

The CDC confirms that the second worker flew on a Frontier Airlines flight 1143 from Cleveland to Fort Worth Oct. 13, returning from flight 1142 in the reverse direction on Oct. 10. According to a Frontier Airlines statement, she exhibited no signs of illness on the flight and immediately upon notification from the CDC, the airline removed the aircraft from service and is working closely with CDC to identify and contact customers who traveled on flight 1143.

The CDC sent one team to Dallas to support contact tracing of the first patient and response and as second team to train and assist the hospital in infection control and monitoring of health care workers who had contact with the index patient. The number of contacts—people who had definite exposure to an Ebola patient—has risen in this country to 11. There are an additional 107 possible contacts, including other healthcare workers.

Yale-New Haven Hospital claims to take even greater measures for infectious disease cases than those recommended by the CDC. Patients with Ebola-like symptoms are quarantined from other patients. Staff wears protective gear, such as face shields, gloves and protective suits. Hazmat suits were brought into the hospital on Wednesday to protect some of its workers.

“We feel we are well prepared to handle an event like this,” said D’Aquila. “We have been preparing for the potential of an Ebola patient for weeks, but even before that.” He said the hospital is prepped to be ready at all times with a command center structure, which includes a team that drills and rehearses to prepare for health events like this one.

Gov. Dannel P. Malloy also issued Thursday afternoon a directive to every hospital in the state to perform a drill within the next week to assure that procedures and Emergency Medical Services (EMS) are up to standard. He announced that Connecticut is taking steps to strengthen the level of preparedness for the Ebola virus by enacting the quarantine and isolation protocols that were authorized under an order he signed last week.

Last week, Malloy declared a public health emergency as a precautionary measure in the event that the state has either a confirmed infection or has confirmed that someone at risk of developing the infection is residing in the state. The order gives the Commissioner of the Public Health Department the authority to quarantine and isolate an individual or a group of individuals whom they reasonably believe has been exposed to the Ebola virus or infected with the Ebola virus.

“We have been taking this situation very seriously for weeks. Over that period of time, we have been working with health officials to prepare for a potential case here in Connecticut, and I am today formalizing that effort with the establishment of a Unified Command Team [UCT],” said Malloy. The UCT, chaired by DPH Commissioner Jewel Mullen is to serve as point in the state’s ongoing emergency management efforts.

According to Malloy's office, the team will take charge of the coordination of resources and personnel, providing a single point of contact for communication with the public.  They will also be responsible for certifying that frontline personnel at acute care and community health care facilities, as well as first responders, have received the necessary training to deal with a potential case safely and effectively.

“[T]he report that a Yale student has exhibited symptoms demonstrates why preemptive action is the right approach.  I believe we must go above and beyond what the CDC is recommending, just as we did last week when I issued a preemptive declaration,” Malloy said. “I want everyone to know – from the nurses in our emergency rooms to our first responders and our law enforcement personnel – we will provide whatever resources we have at our disposal so that you can do your critically important jobs safely and effectively.”

Malloy and Mullen issued today the following guidance, which is more stringent than the guidelines thus far issued by the Federal Center for Disease Control and Prevention (CDC):

If you become sick with a fever a fever with and/or any of the symptoms of Ebola virus disease such as nausea, vomiting and diarrhea, and you:

You will be sent to a hospital for evaluation and placed in room separate from other patients – this is called isolation.

If you are not sick, but have traveled to affected areas or been in contact with an infected individual, you will be required to stay at home for 21 days and take your temperature twice a day.  Public heath health workers will contact you twice a day by phone to see how you are doing.  This is called quarantine. If you develop a fever or other symptoms suggestive of Ebola virus during the time that you are required to be home, you will be sent to a hospital for evaluation and placed in room separate from other patients.

“The first responder community continues to monitor the current situation and prepare for any potential threat to public safety or health using their established protocols,” said Department of Emergency Services and Public Protection Commissioner Dora B. Schriro. “We are at the ready to assist and support our local partners in this critical state-wide effort.”