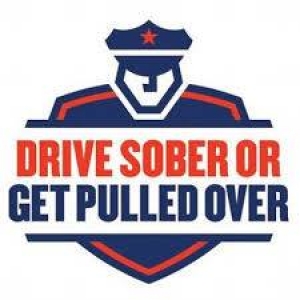 The East Windsor Police Department will continue conducting roving DUI patrols in town this weekend through the New Year. Increased drinking over the holidays and more distracted and fatigued drivers on the road make the period between Thanksgiving and New Year's one of the most dangerous times of the year on highways. Police advise drivers to exercise caution operating a motor vehicle during this time and urge using a designated driver when needed.

Last night, John Moran, 41, of 140 South Water St., East Windsor, was stopped during a DUI patrol on Scantic Road for motor vehicle violations. Police said Moran was arrested for DUI, Possession of Narcotics, Illegally Altering a Prescription Drug and Possession of Drug Paraphernalia. Moran was released on a non-surety bond and is scheduled to appear in court on Jan. 6.

Police also received a report of a suspected drunk driver traveling northbound on Route 5 in the wee hours of Dec. 20. The detailed report gave an accurate description of the vehicle and its location, allowing police to find and stop the vehicle. After an investigation, the driver was arrested for DUI and was also found to be in the possession of a loaded .22 caliber pistol, according to EWPD. Police said the subject did not have a valid permit pistol and that its serial number was scratched off, so the driver was charged accordingly.