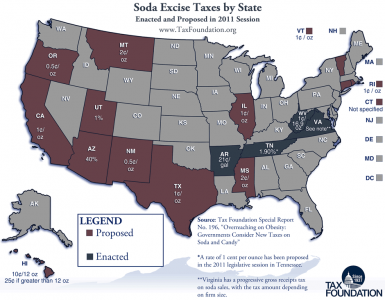 H.B. 546 would impose a one-cent tax on the sale of every ounce of high-sugar soft drink and candy. Tax revenue would go toward reducing childhood obesity, as well as to municipalities and the Governor’s Scholarship program.

With sugary beverages and candy costing less than bottled water and many fruits and vegetables, the obesity rate has skyrocketed, especially among low-income communities. Noting the socioeconomic disparities in health care, Candelaria told New Haven Independent on Tuesday, “If you look at minority communities, black and brown, there was an increase in consumption [of sugary products], especially candy. There is an epidemic within our community. I said, 'We need to do something about this.'"

The most recent statistics from The State of Obesity reveal that 12.3 percent of Connecticut high school students are obese. The 2013 Connecticut Youth Risk Behavior Survey found that 26.2 percent of students in grades 6 to 12 were overweight or obese. The University of Connecticut's Center for Public Health and Health Policy also reported in 2013 that 37 percent of Hartford preschool children are overweight or obese. Considerable research has shown that excess sugar consumption contributes to obesity and related health problems, such as diabetes, metabolic syndrome and heart disease.

The American Health Association (AHA) states that regular soft drinks are the number one source of added sugars in the American diet.  In 2013, U.S. households spent $6.4 billion on sugar-sweetened soda. The Yale Rudd Center for Food Policy and Obesity reported that $866 million is spent by beverage companies to advertise sugary drinks, largely to children and teens.

Soda is also the number-one source of calories in teens’ diets. Twenty-two percent of nutrition-less, or empty, calories consumed by children and teens come from sugary drinks, according to Rudd Center. Its Sugary Drink Facts 2014 report observed that the median sugar content for the majority of soda brands is between 27 and 31 grams. The typical 8-ounce children’s drink contains 16 grams of sugar, and the AHA puts the recommend limit of sugar for children to consume in an entire day at 12 grams. Rudd Center states that with each additional soft drink consumed each day, children increase the risk of being overweight by 60 percent.

Public health experts and legislators argue that increasing the cost of a sugar-sweetened drink with a significant excise tax (a tax levied on units such as volume) would incentivize consumers to reduce their unhealthy beverage intake and encourage them to seek healthier alternatives. A Rudd Report on Sugar-Sweetened Beverage (SSB) Taxes estimates that a 10 percent increase in price would result in an 8 to 12.6 percent decrease in consumption. The tax revenue could then be earmarked for nutrition initiatives, such as subsidies for healthy foods in schools.

In January 2014, the Rudd Center calculated that taxing sugar-sweetened beverages in Connecticut would generate total revenue of $142.53 million per year, with $89.28 million coming from soft drinks. Stats put state soda consumption at 69.75 million gallons per year. According to Bloomberg BNA, four states presently impose an excise tax on soda—Arkansas, Tennessee, Virginia and West Virginia.  None currently have an excise tax on candy. An Office of Legislative Research report, Soft Drink and Candy Taxes, found that 29 states in the nation and Washington D.C. impose a state general sales tax on sodas and 25 tax on candy; 18 states tax soda and candy at a higher rate than groceries.

Nationally, the SSB report estimated that a penny-per-ounce SSB tax would have generated approximately $13 billion for the U.S. in 2003 alone. In 2014, U.S. Rep. Rosa DeLauro, who has also advocated for healthier school lunches, proposed the first national tax on sugary beverages. The SWEET (Sweetened Beverages Tax) Act proposed to tax one cent per teaspoon (4.2 grams) of sugar and other sweeteners in soft drinks. However, the bill failed to pass.

“There is a clear relationship between sugar-sweetened beverages and a host of other health conditions, including diabetes, heart disease, obesity and tooth decay,” DeLauro said in her news release proposing The SWEET Act. "[W]e are in the midst of dual epidemics, with obesity and diabetes afflicting our nation and the related, astronomical health care costs."

DeLauro has likened sugar's affect on health to that of cigarettes, saying that the national decision to raise the price on addictive, harmful cigarettes was driven by the desire to save lives. Likewise, taxing sugary beverages—and candy—might help improve the health and lives of Connecticut children.