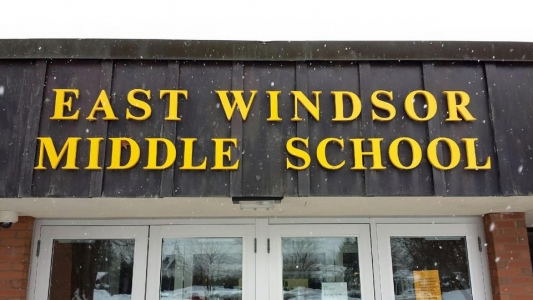 At 7:18 a.m. this morning, the town of East Windsor, the East Windsor Board of Education and East Windsor Police Department (EWPD) were notified of a potential bomb threat at East Windsor Middle School.

According to a joint release by Superintendent Dr. Theresa Kane and EWPD, police officers were dispatched to investigate the location. The middle school is located at 28 Main St. in Broad Brook.

Due to the incident, the middle school was closed early at 10:45 a.m. Students at the high school were also sent home, according to the release.

This incident and similar events occurring recently at the middle school remain under active investigation by the East Windsor Board of Education and EWPD. This is reportedly the third lockdown this week.