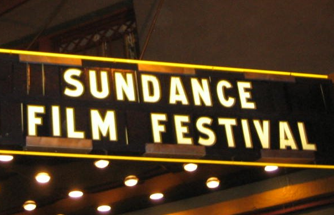 A roller coaster mix of drama and comedy, this program is a collection of eight short films from the 2013 edition of the Festival. Vibrant storytelling highlights the group, including fiction, documentary and animation, with five award-winners. With no rules, the short film serves as a proving ground for young filmmakers to make their mark and for established filmmakers to take risks in story and style.

Not Rated | In various languages | 99 minutes

THE DATE
Short Film Jury Prize: International Fiction
Tino's manhood is put to the test in front of two women when he has to host a date for Diablo, the family's stud cat.
(Jenni Toivoniemi, Finland, 8 min)

UNTIL THE QUIET COMES
Short Film Special Jury Prize
Shot in the Nickerson Gardens housing projects in Watts, Los Angeles, this film deals with themes of violence, camaraderie and spirituality through the lens of magical realism.
(Kahlil Joseph, USA, 4 min)

IRISH FOLK FURNITURE
Short Film Jury Prize: Animation
In Ireland, old hand-painted furniture is often associated with hard times, with poverty, and with a time many would rather forget. In this animated documentary, 16 pieces of traditional folk furniture are repaired and returned home.
(Tony Donoghue, Ireland, 9 min)

THE EVENT
Love and a severed foot at the end of the world.
(Julia Pott, USA/United Kingdom, 4 min)

JONAH
When two young men photograph a gigantic fish leaping from the sea, their small town becomes a tourist attraction in this story about the old and the new.
(Kibwe Tavares, Tanzania/United Kingdom, 23 min)

K.I.T.
A guilt-ridden, but well-intentioned, yuppie goes to great lengths to prove she is a decent person.
(Michelle Morgan, USA, 16 min)

ABOUT THE AVON: The Avon Theatre is a member-supported, non-profit cultural hub, dedicated to presenting film in its highest form, and thriving because of the support of our patrons and community. In addition to an exciting slate of new releases, The Avon brings you one-of-a-kind special events and monthly programs. We are proud to provide a forum for in-person, community dialogue with directors, actors and other luminaries in a vibrant "Main Street America" setting.