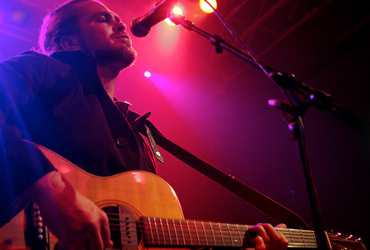 Citizen Cope is coming to The Klein Auditorium for a special acoustic show on Sat. Oct. 19. Over the past decade, Citizen Cope has been touring non-stop around the country, developing a unique brand of urban folk and building up a very dedicated fan base.

Citizen Cope has got swagger. It's a word that perfectly captures the vibe on Cope's last record One Lovely Day. Musically, the album is teeming with super cool acoustic pieces, funked-out grooves and terrifically written lyrical content. Upon listening, you can hear the confidence and swagger behind each track as if he knows these new songs are the best he's ever done and he's going to prove to you why with each strum of the guitar.

At times he comes off as a more soulful Jack Johnson, jamming out in the acoustic, singing laid-back acoustic anthems about the summer. Other times he wanders into a little bit of the reggae world; still other times a little bit of rock 'n' roll. However, the wheelhouse at which he's the best is that blue-eyed soul and type of acoustic music that you can picture being performed in black and white with a dramatic spotlight highlighting the performer.

Stripped down and acoustic, this is where Cope really shines. His raspy Southern drawl works as the ultimate instrument — conveying soul, loss, happiness — whatever the song summons.

This fall, Citizen Cope presents a unique acoustic tour. An even more intimate side of today's most genuine songwriters. Come and see this self-realized writer/performer/producer the way that he is, has been, and will be: a man and a guitar.