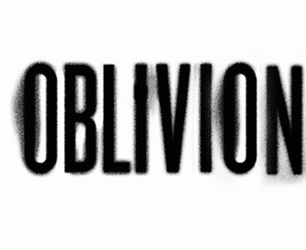 Westport Country Playhouse will stage the World Premiere of "Oblivion," a provocative new play about parents and teenagers, and the gulf that often exists between them, by Carly Mensch, writer for Showtime's "Nurse Jackie" and "Weeds," and directed by Mark Brokaw, currently represented on Broadway with "Rodgers & Hammerstein's Cinderella." The coming-of-age comedy-drama runs from August 20 through September 8.

The Playhouse's second world premiere in as many seasons, "Oblivion" was commissioned by New York's Playwrights Horizons and received a developmental workshop at Chicago's Steppenwolf Theatre Company in late 2011. Now it's being given its first professional, fully staged production under the guidance of a director with considerable experience with new work.

"'Oblivion' is a stunning, thoughtful, gripping, and even funny play about a teenage girl, her best friend, and her two parents," said Mark Lamos, Westport Country Playhouse's artistic director. "It's about the attempts by parents to come to grips with who their children really are as they grow up and begin to explore worlds over which the parents have zero control. It's one of the smartest plays I've come across in a long time, and it will move you and make you think. I'm thrilled to have director Mark Brokaw bringing this important new play to life on our stage."

Lamos noted that the Playhouse has a long history of supporting new writers and new plays. "It's one of the most important things we do---one of the things that keeps the Playhouse vital," he said.

"Oblivion," set in Brooklyn's Park Slope, tells of Pam and Dixon, who take pride in their progressive approach to parenting their 16-year-old daughter Julie. When Julie won't come clean to them about where she spent the past weekend, their open-mindedness crumbles. What could she possibly be hiding? Whatever the parents imagine, nothing can prepare them for the actual truth. The play looks at the surprising choices teenagers make---and the people they disappoint---when they forge their own way in life.

Mensch added, "I would hope that audience members leave questioning their own blind spots and prejudices, and examining whether they think they're as open-minded as they say they are."

The play is appropriate for ages 13 and up due to some adult situations and language. Post-show salons open to the audience for discussion of the play will follow selected performances.

Playing August 20 – September 8, the performance schedule for "Oblivion" is Tuesday at 8 p.m., Wednesday at 2 and 8 p.m., Thursday and Friday at 8 p.m., Saturday at 3 and 8 p.m. and Sunday at 3 p.m. Special series feature Taste of Tuesday, Previews, LGBT Night OUT, Opening Night, Sunday Symposium, Open Captions, Literary Salon, Thursday TalkBack, Together at the Table Family Dinner, Playhouse Young Professionals, and Backstage Pass. A "Day for the Community" is planned for Sunday, September 8, with a specially priced 3 p.m. matinee.

Single ticket prices, starting at $30, are subject to change based on availability. Buy early for the best prices. Educators and students are eligible for 50% discounts. On the day of a performance, senior rush tickets are available at 50%. Flex Passes are also on sale, offering date flexibility and many subscriber-only benefits.

Westport Country Playhouse's 2013 Season will continue with "Room Service," a madcap American farce about a producer and his ragtag bunch of actors who try to raise money for a Broadway show as they scramble to evade their hotel bill, written by John Murray and Allen Boretz, directed by Mark Lamos, October 8 – 27.

For more information or tickets, call the box office at (203) 227-4177, or toll-free at 1-888-927-7529, or visit Westport Country Playhouse, 25 Powers Court, off Route 1, Westport. Tickets are available online 24/7 at www.westportplayhouse.org, or by using the new Playhouse App or mobile website. Stay connected to the Playhouse on Facebook (Westport Country Playhouse), follow on Twitter (@WCPlayhouse), view Playhouse videos on YouTube (WestportPlayhouse) or get an insider's peek on The Playhouse Blog ( www.theplayhouseblog.org ).