Wakeman Boys and Girls Club Get Ready to Celebrate their 100th Anniversary! 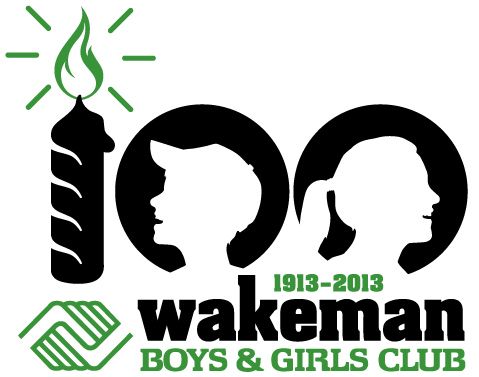 Wakeman Boys and Girls Club is an organization that was founded in 1913 on Christmas Day with the help of Frances and Cornelia Wakeman Crapo. It originally started out as an organization in Southport, helping about 50 children, but since has expanded to helping over 4,000 children from Fairfield, Bridgeport and other surrounding towns.

Over the years, new programs have been added to serve many more children, especially in the last 20 years. There are three main clubhouses for Wakeman, (Stratfield Clubhouse, Southport Clubhouse and Smilow-Burroughs Clubhouse) which help kids in that specific area, and Wakeman is part of the McKinley Elementary School Outreach Program as well, expanding their reach in the Fairfield community.

In the clubhouses, kids are encouraged to participate in various activities, such as cooking classes and art classes, and the kids receive homework and computer help as well. The McKinley Elementary School Outreach Program is a little different- high school students volunteer to serve as mentors for the kids after school, helping with socializing skills and homework. This program also offers the kids a variety of recreation and enrichment programs to choose from throughout the year.

Billy Narvaez, a senior at Fairfield Prep who is a member at Wakeman’s Smilow-Burroughs Clubhouse in Bridgeport, said, “Wakeman Boys & Girls Club isn’t just a place that I can just hang out at, it’s my second home. I love being there, volunteering there, and even working there. It brings a smile to my face that I found a place like Wakeman.”

Wakeman has been celebrating their 100th anniversary throughout this entire year, by holding a celebration on the 25th day of each month at each of their clubhouses, and incorporating the anniversary into each of their fundraisers this year (Spring Auction, Golf Outing, Celebrity Breakfast, and Freezin’ for a Reason).

When asked about the anniversary, David Blagys, Executive Director of Wakeman Boys & Girls Club, said, “Wakeman’s 100th Anniversary is an exciting celebration, and we arrived at this landmark occasion through the remarkable generations of staff, directors, trustees, volunteers and members whose foresight, wisdom, and energy contributed greatly to Wakeman’s success today. It has been their unwavering commitment to the Club’s mission that has ultimately helped to shape the futures of tens of thousands of youngsters over the years.”

Wakeman is also holding a birthday party, as part of their 100th year anniversary, on December 25th at the Southport Clubhouse. All are invited!

Krushangi is a junior at Fairfield Ludlowe High School. She can speak four languages. Her favorite subjects in school are English and History, though she finds Biology fascinating as well. She likes reading books and writing creative stories.