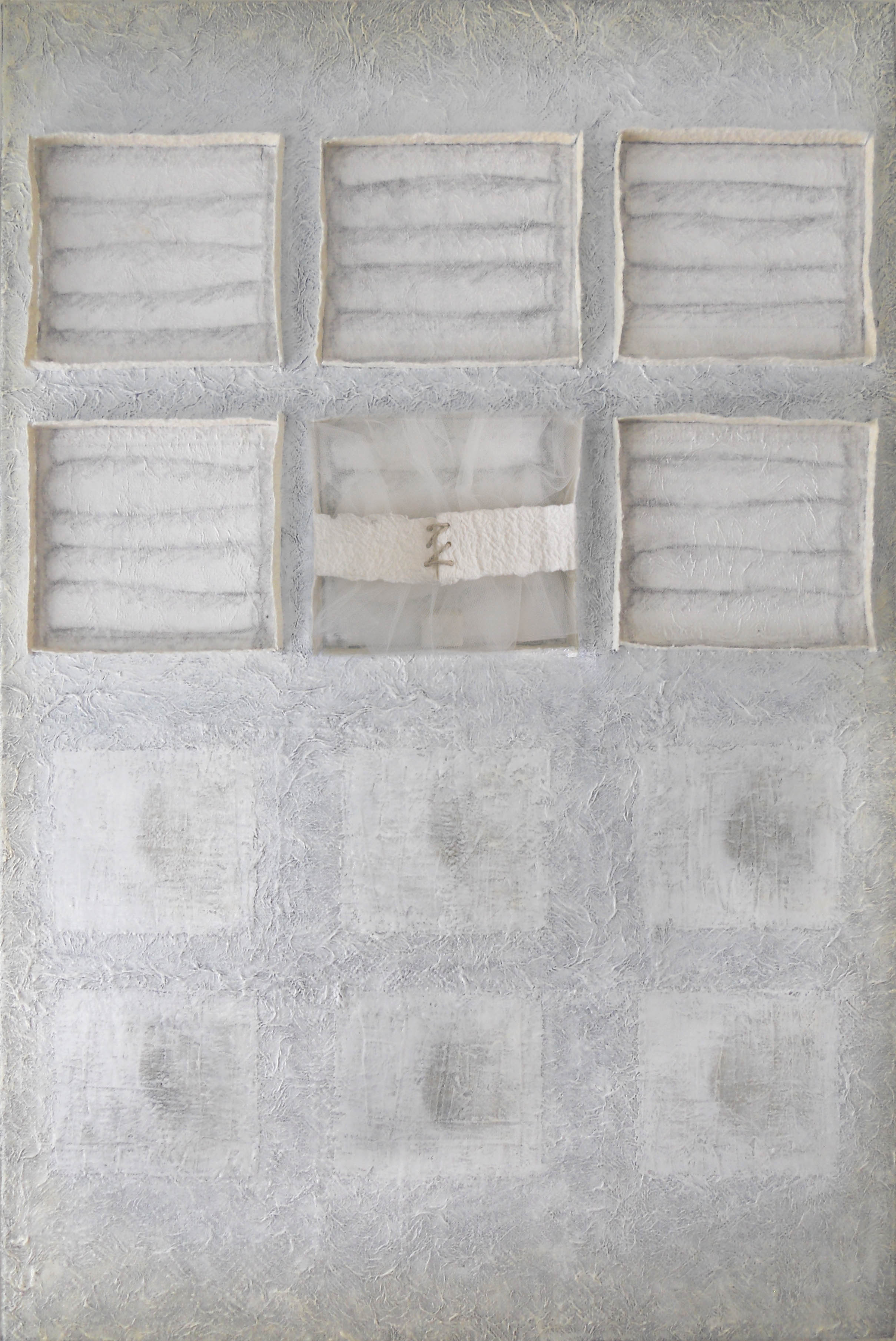 Carolina Guimarey, a CT professional visual artist, will have a One-Woman Art Exhibition at the New Haven Public Library with opening reception Saturday, September 7, from 2-4pm, at Ives Main Library, 133 Elms Street, New Haven CT 06510. Exhibit will run from August 29, to October 3, 2013 and has been curated by Johnes Ruta of Azoth Gallery.

Guimarey, whose work is included in collections across the United States, Argentina, Italy and Spain, has received her training directly from master artists in her native Buenos Aires, Argentina at a very early age, as well as at University of Connecticut. Guimarey studied drawing, sculpture, painting and photography.

Guimarey's work captures the viewer's attention immediately with its quiet dignity filled with tamed yet intense passion. In walking through Guimarey's studio and her gallery exhibitions, one gets a sense of being in the presence of a deeply intellectual work with a strong emotional and philosophical component. It is rare to encounter work which captures such facets of the human experience and in doing so Guimarey's work becomes social commentary as well.

In her piece "Hidden Realities II" we see several boxes filled with what appear to be rolled up little papers, scrolls. The repetition of the small scrolls as well as that of the boxes where they are contained speak of individual identities, which have been packaged and limited by outer imposed limitations and structures. These trapped and restricted "individual parts" are easily associated with, not only in the viewer's mind but also in art historical discourse as well as in Guimarey's explanation of her work, with the state of contemporary society and culture. Where communication has become predominantly limited to/by the computer screen, the IPhone touchpad, the frame of the text message, the profile on the social media, the space allotted to the tweet, the confines of the small apartment in the booming urban city. A state of affairs where even though there are more inhabitants on earth than ever before it is prevalent for communication and interaction among them, and with the world, to take place in confined and limited virtual or factual spheres and spaces, thus rendering the global consciousness characterized by a sense of isolation and confinement.

Guimarey's work presents itself, softly, stoically and with great dignity, it is reminiscent of Jorge Luis Borges writings and of Eva Hesse's unforgettable sculptures. Yet, let us not be fooled by its systematic construction, its soft, pleasant, texture, and the humility and quiet, which exudes from the pieces—within every one there exists an act of courage, a statement of rebellion a call to awareness— which is visually described—as in, for instance, in her work: "Behind the Restraints", even though the vibrant blood red hue is hidden behind the stitches of restraint and societal norm and indoctrination, towards the bottom of the picture plane we can see the stitches seem to be coming undone, and a larger triangular area of red coming through, symbolizing the inevitable escape of the individual consciousness from the Status Quo.

An exhibition not to be missed, one of the most inspiring and surprising artist of our
times.