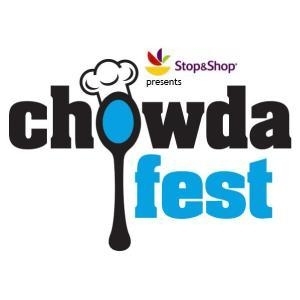 Westport, CT – Mirroring college basketball's March Madness, Chowdafest presented by Stop & Shop held its own bracketed competition pitting the sixteen all-time best competitors to ever have entered Chowdafest. Nearly 30,000 votes were cast over four weeks resulting in three-time champion Our House Bistro of Winooski, VT being named best who has ever competed at Chowdafest.

Our House Bistro was ranked 3rd overall and has won the creative category at Chowdafest for the last three years in a row. They will be looking to win a new category this fall as they are switching to the New England clam chowder category where a fellow 3-time champion will be waiting for them: Pike Place Chowder of Seattle. Pike Place Chowder competes in chowder competitions all over the country and has earned the unofficial title of America's Favorite Chowder. This will be the first time that the two crowd favorites will go head to head in the same category.

Just like March Madness, there were upsets along the way such that only one of the top four ranked restaurants actually made the final four which included Our House Bistro, Sedona Taphouse, Southport Brewing Company and Dunville's restauarants.

Chowder fans who have been to the event over the past decade showed their love to their all-time favorites, including some restaurants that no longer compete. Sedona Taphouse in Norwalk was the Cinderella story of the competition as they upset everyone up until the final match against Our House Bistro.

“This was a fun way to stay top of mind with all our fans,” said Jim Keenan, event director. “Our fans are exceptionally passionate about chowder, soup & bisque all year round  Of course, the debate about who is the all time best will start all over again after we see who wins this year. Every year the competition gets stiffer and the 11th annual Chowdafest is no exception”