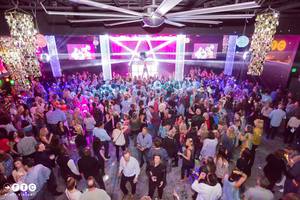 “FTC Celebrates: Disco” is a branded annual event, designed to bring the Fairfield County community together. Since its 2016 inception, community support of “FTC Celebrates: Disco” has been so extraordinary, admission tickets have sold-out weeks prior to each event. It is expected that the May 3 event will also sell-out, as people have expressed their desire for disco music/dance and community unity.

“FTC is deeply committed to our community, which is wonderfully diverse culturally and artistically curious.  We continue to be an artistic hub and economic engine for the area, and always do our best to present a wide variety of programs that serve all age groups and interests,” said John Reid, FTC’s Producing Artistic Director.

“FTC Celebrates: Disco” event co-chair Allison Ziering Walmark adds, “The last two events were a remarkable success. I’m very proud of the money we raised to benefit the community. The evening strikes a chord with so many, because in today’s chaotic world, people want to escape. It’s virtually impossible to wear platform shoes and polyester (costumes are not mandatory, but encouraged), dance to iconic disco music spun by an actual Studio 54 DJ, wearing free disco swag, and not have fun!”

Adults only, 21 years and over.

For tickets and information: https://fairfieldtheatre.org/celebrates

The Fairfield Theatre Company (FTC) is a nonprofit center for the arts and culture located in the heart of downtown Fairfield, Connecticut.  Founded in 2001, FTC is consistently voted the “Best Performing Arts Venue in Fairfield County” and was named Company of the Year in 2015 by the Fairfield Chamber of Commerce.  In 2016, FTC was honored as the Business of the Year by Connecticut Main Street, recognizing its contributions to revitalizing downtown Fairfield.  FTC presents over 250 concerts, plays, films, comedy shows, art shows, children’s workshops, and other arts-related productions to +70,000 patrons each year on the FTC campus in StageOne and The Warehouse, both renowned as the best venues in the area to experience live music and the arts.