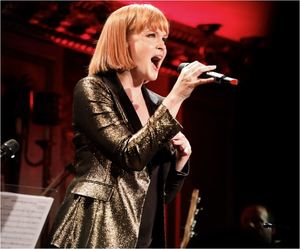 ACT of Connecticut is excited to announce that TONY Award nominee Kate Baldwin, recent star of the Broadway revival of HELLO, DOLLY!, will join ACT’s Bryan Perri on July 20 for the Broadway Unplugged Series!

Ms. Baldwin has an intimate history with the founders of ACT:  She recently worked with Bryan Perri in the world-premiere Off-Broadway production of SUPERHERO, and ACT’s Artistic Director, Daniel C. Levine, in BABES IN ARMS at City Center Encores Series. "I can’t wait for the ACT audience to meet Kate Baldwin! Kate is truly one of the most gifted Broadway stars that I have had the pleasure of working with. Her voice is stunning and this will be a night to remember. Our Broadway Unplugged Series has become an ACT favorite, and Kate is very excited to be a part of it!" says Perri.

The Broadway Unplugged Series is the brainchild of the accomplished Bryan Perri, who recently finished a five-year run as Music Director and Conductor of the Broadway production of WICKED. Bryan also recently served as Music Director for SUPERHERO, having its world premiere Off-Broadway at Second Stage Theater, and is the Music Director for the Broadway-bound JAGGED LITTLE PILL which opens in New York this Fall. Each show in the Broadway Unplugged Series presents an intimate evening where Mr. Perri sits down at the piano with amazing Broadway performers for an exceptional evening of never before heard stories, great conversation, and incredible vocals.