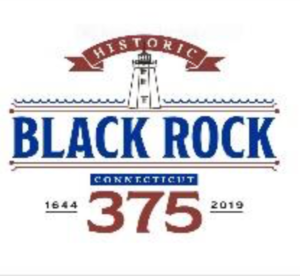 Festivities begin at 10 a.m. with a coastal bike tour of Black Rock led by Phil Blagys, chair of the Black Rock 375 Committee. He will focus on area landmarks and Black Rock’s rich history as a vital center for shipbuilding and commerce in the 18th and 19th centuries. The bike tour has been limited to 25 riders.

At noon, all the clubs along the coastline will participate in the celebration of the harbor. Port 5 Naval Veterans Club and the S.S, Norden Club, normally open to members only, will be open to the public that day. Port 5 will offer food and drink specials, and conduct tours of its museum from 1 to 3 p.m. At 4 p.m., the Five Below Zero Blues Band will play. The Norden Club will sell burgers and hot dogs, and will host the Five Knives Band at 6:30.

Captain’s Cove Seaport will feature Moto, a Southern California Reggae Band, from 4 p.m. to 8 p.m. Petty Crowes, a Tom Petty/ Black Crowes Tribute Band, will be on stage at 9 p.m.

The Black Rock and Fayerweather Yacht Clubs will be open to members and their guests and anyone with yacht club reciprocity.

At 7 p.m., a fleet of boats will head out from Captain’s Cove and sail the length of the harbor. And just after sunset, a spectacular fireworks display will cap off the evening. “We are very excited to hold our first Harborfest celebrating the harbor that has so richly impacted our community and the surrounding region throughout the centuries”, says Marni Kiernan, Black Rock Community Council President.

Harborfest is one of the final 375 anniversary events. A dinner dance at Captain’s Cove restaurant on September 28, as well as talks on the Black Rock Harbor Light and on the history of Ash Creek will culminate the year’s festivities. For details on all of the events see www.blackrock375.org

The mission of the Black Rock Community Council is to promote projects that enhance the quality of life for Black Rock’s residents and businesses.