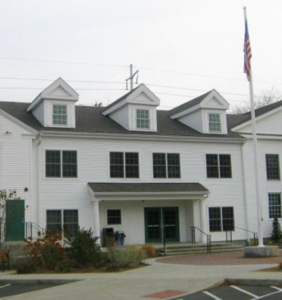 SOUTHPORT, Conn.— The Great Futures Benefit Auction, the Wakeman Boys & Girls Club’s largest fundraiser of the year, returns to the Southport Clubhouse on Center Street, Saturday, March 7 from 6:30 to 11 p.m. The event, sponsored by EMCOR, will feature a Mardi Gras theme and music by the Alpaca Gnomes. Guests will hear from Wakeman members past and present and enjoy themed appetizers created by Matt Storch, “Chopped” champion and owner of Match restaurants. They’ll also have the chance to bid on items to support the organization’s low-cost programming for youth in Fairfield and Bridgeport. Early Bird tickets are available for $150 per person through February 24 at www.wakemanclub.org or www.gfba2020.givesmart.com.

For more than a century, Wakeman has filled the gap between school and home by providing a welcoming environment in which kids and teens build supportive relationships with peers and adult mentors and participate in programs that build academic success, healthy lifestyles, and character and citizenship. The non-profit organization serves 3,500 youth annually between its Southport Clubhouse and Smilow-Burroughs Clubhouse in Bridgeport, and its off-site programs at McKinley and Holland Hill elementary schools in Fairfield. Additionally, Wakeman is getting ready to break ground on a third clubhouse adjacent to Central High School in the Hollow District of Bridgeport.

Moving the auction back to the Southport gymnasium is a return to Wakeman’s roots and conjures nostalgic memories for generations of members. The magic of Wakeman is that it is one of the few remaining places where kids can run around cell-phone free, count out their own change for the snack bar and forge face-to-face cross-town friendships. “Kids are given a chance to have their own voice, to develop relationships and to problem-solve in a safe environment with the guidance of mentors,” says Sabrina Smeltz, Wakeman’s chief operating officer. “They gain confidence and real-world skills.”

The Wakeman experience is so transformative that alumni such as Peter Harding, a past board chair, return to the “family” as adults, serving as advisory leaders, tutors or volunteer coaches. Harding, who moved to Southport in 1979 when he was 10, recalls riding his bike to Wakeman every day after school. All five of his children have participated in Wakeman basketball, as well as programs such as kickball, flag football, dodgeball and leadership groups. Over the years, as community needs and interests have changed, the club—once a boys-only, athletics-based organization—has too, he says. In addition to athletics for both boys and girls, it offers STEAM-based instruction, art and cooking classes, and service-based programs. “What has not changed, however, is Wakeman’s dedication to the youth in our towns,” says Harding. “It is a safe place for kids to go to be active and develop meaningful friendships. My kids have the same great feelings about Wakeman that I did when I was a kid.”

Wakeman’s after-school program and homework help is critical for working parents such as Jen Sliva Arsenault, who spent many afternoons hanging out at the club in the 1980s, playing bumper pool in the game room or shooting hoops in the Red Baker gym with friends and siblings. Her three sons attend the afterschool program, and husband, Colin, has coached their basketball teams, served on the Southport Club Unit Advisory Board, and overcome his extreme fear of heights by scaling the 16-story People's United Bank building in Bridgeport as part of Wakeman’s "Going Over the Edge" fundraiser. “Wakeman has been a critical part of our lives for the past eight years, as it has provided a safe and positive environment for our kids to grow into young adults,” Colin says. “The amazing staff and great programs have only enhanced our experience.”