A Celebration of Beethoven at 250, at Fairfield’s Quick Center, March 8 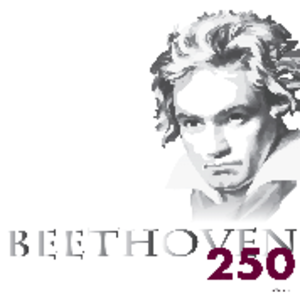 In 2020, fans and musicians are celebrating the 250th anniversary of the birth of Ludwig van Beethoven (1770-1827), the creative genius whose music continues to inspire and enrich the lives of people around the world.

Fairfield Emeritus Professor Orin Grossman, PhD, along with Michael Haber, Sheryl Staples, and Emma Sohlberg will celebrate Beethoven’s enduring legacy in Beethoven at 250, a performance of chamber music for piano, violin, and cello — including perhaps the greatest of piano trios, “The Archduke” — at the Regina A. Quick Center for the Arts at Fairfield University on Sunday, March 8, 2020 at 3:00 p.m.

Beethoven at 250 is generously sponsored by Maplewood at Southport, Silverman Group, and Fairfield Magazine. Tickets are $35 | $30 for Quick Members. For more information or to reserve your seat, visit www.quickcenter.com or call the Box Office at 203-254-4010, or toll free at 1-877-ARTS-396.

For decades, Dr. Grossman has been delighting audiences at the Quick and around the globe with his unique and engaging style on the piano. The Village Voice noted that Grossman’s playing is “enlightening, entertaining…with a lucid approach and clarity of touch,” and The New York Post commented that his performances are “crisp, fluent, richly contrasted and wonderfully detailed…a model of excellence.”

Michael Haber, a student of Janos Starker and Gregor Piatigorsky, is a former member of The Cleveland Orchestra under George Szell, the Casals Festival Orchestra under Pablo Casals, and was the principal cellist of The Colorado Music Festival Orchestra. The New York Times spoke of “the lyricism and perfection of his playing.” The London Times called him “a romantic cellist,” and The Cleveland Plain Dealer noted that he is “a superb musician.”

Described by The Los Angeles Times as having a “tantalizing mix of qualities... refinement and boldness, polish and fire...big, rich, sweeping tone, lacking nothing in warmth and evenness,” Sheryl Staples is the principal associate concertmaster of the New York Philharmonic and serves on the violin faculty at the Manhattan School of Music and Juilliard Pre-College Division.

Emma Sohlberg is a New York City-based singer and musical theatre performer. She has a BFA in Musical Theatre from the University of Michigan and performs in concerts, cabarets, plays, and voice-over. Recent credits include: The Music Man (Marian, Porthouse Theatre), The Sound of Music (Alabama Shakespeare Festival), and The Hunchback of Notre Dame (Ogunquit Playhouse). She is also a new voice for Glam Glow Cosmetics and as well as many other commercial voiceovers.