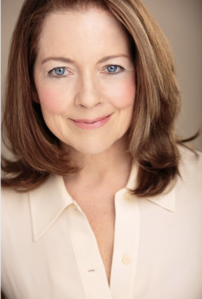 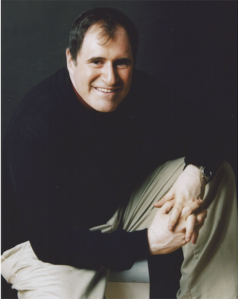 Westport, CT - Westport Country Playhouse will present a Script in Hand playreading of “Mrs. Mannerly,” a comedy about a young boy and his manners teacher, by Jeffrey Hatcher, on Monday, March 23, at 7 p.m.  The cast includes award-winning Broadway, film, and television actors Isabel Keating as Mrs. Mannerly, and Richard Kind as Jeffrey. Co-curators and co-directors of the Script in Hand Series are Anne Keefe, Playhouse associate artist, and Mark Shanahan, director, actor, and playwright. Tickets to Script in Hand Playreadings are $20 each.

“We’re so happy to share ‘Mrs. Mannerly’ with the Playhouse audience,” said Keefe.  “Not only is the play a clever and highly theatrical tour de force for two incredible actors, but it also touches on issues many of us hold dear---namely, the importance of loyalty, proper conduct, and the lost art of good manners in our increasingly fast-paced and noisy world.  ‘Mrs. Mannerly’ is a perfect thank you note to the kinds of teachers who change our lives in ways both large and small, and promises to resonate with our Script In Hand patrons.”

A heartwarming, nostalgic and hilarious tale about an unlikely friendship, Jeffrey Hatcher’s autobiographical play recounts his adventures as a 10-year-old student attending a manners class in Steubenville, Ohio, in the fall of 1967. Under the tutelage of his demanding teacher, Mrs. Mannerly, Jeffrey learns important life lessons beyond which fork to use at dinner, reminding us all that good manners never go out of style.

Isabel Keating, who plays Mrs. Mannerly, most recently starred on Broadway in “Wicked,” and prior to that in “It’s Only a Play,” “Hairspray,” “Spider-Man: Turn Off the Dark,” “Enchanted April,” and as Judy Garland in “The Boy from Oz,” opposite Hugh Jackman, for which she received a Tony Award nomination, as well as Drama League and Outer Critics nominations, and for which she won the Drama Desk and Theatre World awards. Off-Broadway appearances include Atlantic Theater Company, Primary Stages, and Rattlestick, among others. Keating won the Helen Hayes Award for Tom Stoppard’s “Indian Ink” at DC’s Studio Theatre, and has appeared at Arena Stage, Hartford Stage, Long Wharf Theatre, Old Globe, Williamstown, Denver Center (with Mark Shanahan), and others, notably in “Travesties” at Bay Street Theater with Richard Kind, with whom she is delighted to reunite at Westport Country Playhouse. Films include “Indignation” and “The Nanny Diaries.” Television includes “The Path,” “Law & Order: Criminal Intent,” and the Emmy Award-winning PBS American Masters “Judy Garland: By Myself.” Instagram: @isabelkeating

Richard Kind, who portrays Jeffrey, has Broadway credits that include “The Big Knife,” for which he won a Drama Desk Award for Best Supporting Actor and was nominated for a Tony for Best Featured Actor in a Play, “The Producers,” “Dirty Rotten Scoundrels,” “Sly Fox,” and “The Tale of the Allergist’s Wife.”  He was in Sondheim’s “Bounce!” at Goodman Theatre and Kennedy Center, “Candide” at New York City Opera at Lincoln Center, among other regional theater work. He was at The Second City in Chicago, New York, and Los Angeles.  Film credits include “Inside Out,” “Argo,” “Hereafter,” “A Serious Man,” “The Visitor,” “The Grand,” “The Wild,” “Cars,” “Spymate,” “The Station Agent,” “Confessions of a Dangerous Mind,” “A Bug’s Life,” “Johns,” “Stargate,” “Clifford,” “Mr. Saturday Night,” “All-American Murder,” and “Hacks.” On television, he has been seen as a series regular on “Red Oaks,” “Luck,” “Spin City,” “Mad About You,” “Head Cases,” “Carol Burnett & Co.,” “Blue Skies,” “A Whole New Ballgame,” “The Commish,” and “Unsub.” He currently recurs on “Brockmire,” “The Other Two,” “The Goldbergs,” and “Curb Your Enthusiasm.”

Co-curator/co-director Mark Shanahan appeared at Westport Country Playhouse in “Around the World in 80 Days,” “Tryst,” “Sedition,” “David Copperfield,” “Journey's End,” and over 20 Script in Hand playreadings.  He has directed Playhouse Script in Hand readings of “Butterflies Are Free,” with Blythe Danner and Jonathan Groff, and “The Greatest Gift” by Weston playwright David Wiltse. New York stage includes “The 39 Steps,” “Small World,” “Checkers,” “Tryst,” “The Shaughraun,” “As Bees in Honey Drown,” and “The Internationalist.” His directorial work has been seen at Alley Theatre, George Street Playhouse, Virginia Stage, Hudson Stage, Theatre Square, The White Heron, Fulton Opera House, Mile Square Theatre, Weston Playhouse, Florida Rep, Penguin Rep, Merrimack Rep, Hangar Theatre, The Cape Playhouse, and many more. He is the author of the Off--Broadway and regional hit comedy, “The Dingdong,” and his holiday adaptations, “A Merry Little Christmas Carol” and “A Sherlock Carol.” He is a graduate of Brown University (BA) and Fordham University (MA, faculty). www.mark-shanahan.net.

The Script in Hand Playreading Series will continue with “The Bat,” a mystery-thriller by Mary Roberts Rinehart and Avery Hopwood, on Monday, April 27, at 7 p.m.  Future Script in Hand playreadings will be on Mondays, November 16 and December 14; titles to be announced.

The Script in Hand Playreading Series is sponsored by Marc and Michele Flaster with support from the White Barn Program of the Lucille Lortel Foundation.

All dates, titles, and artists subject to change.