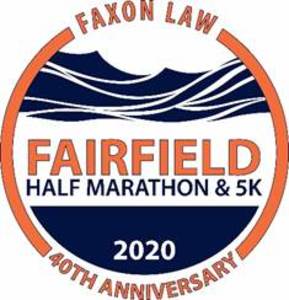 Fairfield, CT - For the third time in 40 years, a Fairfield Firefighter will direct the Faxon Law Fairfield Road Races. Fire Lieutenant John Calandriello, a professional firefighter in Fairfield for 25 years, is now the event’s Race Director. He has been involved in the race for nearly 30 years and has been a member of the race’s Board of Directors for 20 years. As a volunteer, Calandriello learned all aspects of the event from pouring water, to marking the courses and synchronizing the clocks on the race course.

The Fairfield Half Marathon was founded in 1981 by the Fairfield Firefighters who have served as host ever since. Over the years, the event added a 5K and Kids Fun Run and became known as the Fairfield Road Races. For more than a decade, the Faxon Law Group has been the event’s Title Sponsor. Starting and finishing at Jennings Beach, the half marathon winds past the picturesque shoreline of Fairfield and Westport. Over 4,000 runners annually participate in the event, and the race has been honored by Runner’s World and other publications as one of the Country’s top road races. The nonprofit event has given over four million dollars to a number of worthy organizations over the years.

The event is hosted by the Fairfield Firefighters, who have stayed true to the mission of the Fairfield Road Races: to produce a national caliber sporting event and to donate the proceeds to local charities. In 1981, Fire Chief David Russell asked a young Lieutenant, Steve Lobdell, to step up and help direct the new race. Lobdell, not wanting to let the chief down, accepted. His passion for running and helping the community were instrumental in growing the race.

In 2006, Lobdell stepped down as director and handed the position to Fairfield firefighter John Cieplinski, who acted as Race Director for five years from 2006 to 2010. Cieplinski was asked to create the t-shirt design for the first race and then slowly became integrated into the event.  John remains an integral part of the event serving on the Board of Directors. He can be seen on race day wearing his fire helmet directing runners and volunteers along the finish area. During his five years as Race Director, Cieplinski saw annual participation of the Road Races increase to over 4,000 runners. Cieplinski credits the long-standing success of the event to the hard work of all Fairfield Firefighters.

Lobdell returned as Race Director in 2010 and served in that position until early this year. For the 2020 Races, Fairfield Fire Lieutenant John Calandriello is taking over as the event’s Race Director. Steve Lobdell and John Calandriello are neighbors and have a special relationship outside of the race. Lobdell was Calandriello’s training officer in the Department, his “star pupil” as they like to joke. When asked what he is most looking forward to as the new race director, Calandriello said, “Steve has always been a mentor to me. The races are Steve’s passion, and I am honored to carry on his legacy by seeing his dream continue to grow.”

For Calandriello, the Faxon Law Fairfield Road Races are not just about the running. It is the community aspect of the event that means the most to him. Raising money for meaningful charities and local organizations is the primary mission of the races. Calandriello has always been passionate about giving back and helping others, which is a big reason why he became a firefighter. Calandriello says, “The races are a family affair. My wife and kids look forward to volunteering each year. They love cheering on the runners, making signs, and even cleaning up afterwards.” He hopes to continue the tradition of putting on a high-quality event that donates all proceeds to worthy local organizations.