Housatonic Museum of Art to Online Screen “IRWIN” and “A Story In Stone”, Sept. 18 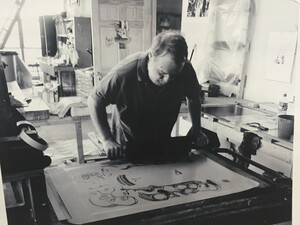 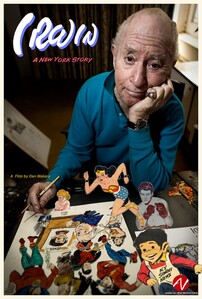 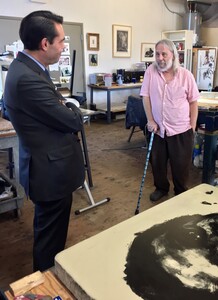 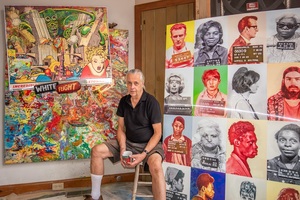 Bridgeport, CT - On Friday, September 18, treat yourself to a double feature of art-inspired filmmaking. Watch “IRWIN – A New York Story” and enjoy the story of legendary cartoonist Irwin Hasen, who was among the first group of artists to shape comic book culture. Then, “A Story In Stone” centers on the studio of Bridgeport artist and printmaker James Reed and his master work with stone lithography. Both films will be presented online, back-to-back by the Housatonic Museum of Art beginning at 7pm. Visit www.HousatonicMuseum.org for the film link.

“IRWIN – A New York Story” tells Irwin Hasen’s story as he recounts his colorful life as a sports cartoonist for the boxing industry and as a pioneer comic book illustrator for DC Comics. Hasen worked on features such as Wonder Woman, Green Lantern, and Wildcat, and reached nationwide celebrity in the 1950's with his newspaper strip DONDI.

The half-hour documentary “A Story In Stone” tells the story of James Reed and his studio, Milestone Graphics, where he has printed limited editions for local and nationally recognized artists. Learn about the history of stone lithography, the process used by masters such as Picasso, Matisse, Chagall and Toulouse-Lautrec to reproduce some of their work.

Both films were co-directed by Dan Makara of Redding, CT and Frank Borres of Bridgeport, CT. The films are part of an exceptional online, art-inspired film series presented by Housatonic Museum of Art and curated by the Connecticut Film Festival. Mark your calendar for the entire ‘Friday Night Flicks’ series, with all films going online from the Housatonic Museum’s website at 7pm. Upcoming films in the series include:

September 25: “Actually Iconic: Richard Estes,” followed by Q&A with director Olympia Stone. Richard Estes is an icon of the photorealist movement yet he has humbly avoided media attention over his long career. “Actually, Iconic: Richard Estes" invites viewers into Estes’ world with unprecedented access to the artist and his masterpieces. Through intimate discussions of his technique and inspirations, and interviews with leading curators and critics this delicate portrait explores Estes’ pioneering genius.

October 2: “Double Take: The Art of Elizabeth King” followed by Q&A with director: Olympia Stone. Enter the world of sculptor and stop-action filmmaker Elizabeth King, who embarks on each new project by posing a single question to herself: “Can this be physically done?” This documentary explores King’s passion about the mind/body riddle, the science of emotion, the human/machine interface, and those things a robot will never be able to do. From studio to exhibition, and in conversations with fellow artists, curators and critics, the film asks what looking at and seeing one another means in an increasingly mediated world.

October 9: “Nothing Changes: Art For Hank’s Sake.” How far would you go to pursue your passion? At 87 years old, Hank Virgona commutes to his Union Square studio six days a week and makes art. Despite poor health, cancer, lack of revenue and obscurity as an artist, Hank is unrelenting in his quest to understand how life and art are the same.

October 16: “Curious Worlds: The Art & Imagination of David Beck.” This film pulls back the curtain on artist David Beck: a master sculptor, carver, and miniature architect who works in a fantastical genre all his own, creating intricate worlds that are alive with magical and brilliant observations. His pieces have been shown at the MET, the Guggenheim, and some of the world’s most prominent galleries. His work, "MVSEVM" was commissioned by the Smithsonian American Art Museum, where it is on permanent display. To the larger public, though, he is virtually unknown.