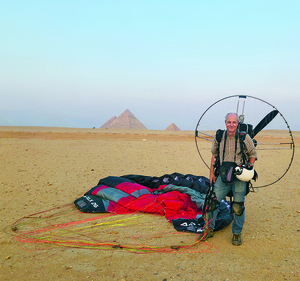 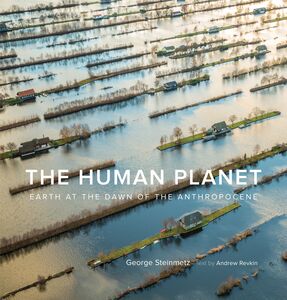 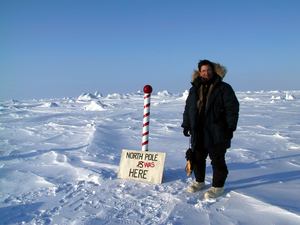 GREENWICH, CT — Bruce Presents, the Bruce Museum’s monthly series of special programs featuring thought leaders in the fields of art and science, continues on Thursday, October 1, 7:00 – 8:30 pm with a special presentation via Zoom webinar, The Human Planet with George Steinmetz and Andrew Revkin.

Acclaimed exploration photographer George Steinmetz and renowned science writer Andrew Revkin will discuss their collaboration on the new book, The Human Planet: Earth at the Dawn of the Anthropocene (Abrams, 2020). Featuring 200 four-color photographs taken from Steinmetz’s signature aerial vantage point, The Human Planet is a sweeping visual chronicle of Earth, revealing both its unhindered natural features and the human project that relentlessly redesigns its surface in its quest to build shelter, grow food, generate energy, and create beauty through art and architecture.

Admission to the virtual Bruce Presents: The Human Planet with George Steinmetz and Andrew Revkin on Thursday, October 1, starting at 7:00 pm is $30 for Museum members, $45 for non-members. A signed copy of the book is included with the purchase of a ticket and will be available for pick-up at the Bruce Museum. To make a reservation to participate in the webinar, visit brucemuseum.org or call 203-869-0376.

Published to coincide with the 50th anniversary of Earth Day, this lavish new book is a primary document of the dawn of the Anthropocene, the new era in the geological history when, by growing scientific consensus, humanity’s actions have joined natural forces in powerfully shaping our planet’s future.

George Steinmetz, who has circled the globe to document such urgent issues as climate change, sustainable agriculture, and the ever-expanding human footprint, shows how, in ways both large and small, people seek to overrule nature, as in desert cities doing perpetual battle against drifting sand. He also finds hopeful signs of a new human approach to living with nature.

Steinmetz is known for his ambitious photographic projects for National Geographic, The New York Times Magazine, the National Science Foundation, and other leading journalistic and scientific institutions. His books for Abrams include New York Air (2015), Desert Air (2012), Empty Quarter (2009), and African Air (2008).

Andrew Revkin has authored a thought-provoking introduction to the book and provides explanatory captions for the photographs. Over a three-decades-long career, including 21 years at The New York Times, Revkin has won most of the top awards in science journalism. In 2019, he became the founding director of the new Initiative on Communication and Sustainability at the Earth Institute of Columbia University. There he is building programs, tools, and collaborations aimed at bridging gaps between science and society to cut climate risk and spread social and ecological resilience.

Revkin has written acclaimed and award-winning books on the history of humanity’s relationship with weather, the changing Arctic, global warming, and the assault on the Amazon rain forest. Crossing over into scientific scholarship, Revkin also played an early role in the evolution of the hypothesis that humans have triggered a new geological epoch, the Anthropocene.

The vantage point in George’s photographs is truly special, Revkin writes in his introduction. “The term ‘overview effect’ describes a special sense of awe and deep respect for our planet experienced by astronauts as they have observed Earth first from orbit and then from the moon from how Earth’s expanse of blue, green, and white glows, in miraculous, sobering contrast, against the blackness and vacuum of space.”

“George’s overview is different from that of an astronaut or an airline passenger. With his backpack motor and parachute-like wing, he found and perfected a way to make photographs that are both sweeping and intimate—capturing camel caravans and fishing fleets and rice paddies and city traffic set against broader vistas of dunes and seas and forests. The advent of the remotely piloted drone has extended his range and enabled him to refine his vantage point.”

Visit brucemuseum.org to reserve your place in the Bruce Presents virtual program, The Human Planet with George Steinmetz and Andrew Revkin on Thursday, October 1, 7:00 – 8:30 pm. The speakers’ presentation will be followed by a Q&A session, moderated by Leonard Jacobs, producer of the Bruce Presents series.

Support for Bruce Presents programs is generously provided by Berkley One, a Berkley Company, Connecticut Office of the Arts, and Northern Trust.