The Great Mac & Chili Challenge Has Been Postponed 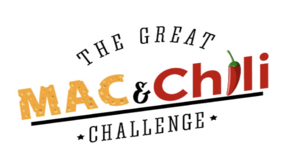 Norwalk, CT – The 2020 Great Mac & Chili Challenge may have been postponed this year due to Covid-19 but it doesn’t mean fans of the popular event aren’t without alternatives. With no idea of when the event will be rescheduled, you can now order different flavors of mac & cheese directly to your home!

Following the footsteps of Chowdafest, which also conducts this event, fans can now order two 28-ounce trays from five offered online. The event teamed up with Our House Bistro, from VT, which is renown for their award-winning mac & cheese.

“Postponing the event means disappointing thousands of fans,” said Jim Keenan, founder of the Great Mac & Cheese Challlenge. “But when they taste these delicious flavors, it will be as good as if we held the event in person,” he added. The five flavors he calls “culinations” are traditional mac, lobster mac, BBQ pork mac, a Buffalo chicken mac made with bacon, and a “sugar shack” mac which is a VT favorite made from beef, bacon and maple syrup. Fans can order two trays (28 oz) of the five choices offered without duplication.

The entrees are shipped cold using FedEx two-day service and cost $54, including shipping. Orders are accepted now through Oct 23 with an expected ship date of Nov. 2 and delivery on Nov. 4.  To make an order, visit the online store: www.Chowda.Clug/store

If this test goes well, another selection will be available in December.