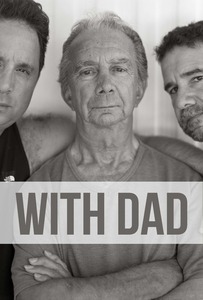 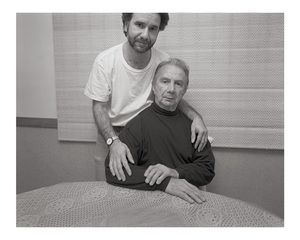 Bridgeport, CT - On Friday, October 30, enjoy a double feature of inspiring documentary films about two talented Israeli artists. The films, “The Light of Fire” and “8000 Paper Clips” are the latest offering by the Housatonic Museum of Art and the Connecticut Film Festival in their FREE Friday Night Flicks series.

In “The Light of Fire,” a sudden fire destroys American-Israeli artist Yoram Raanan’s studio and forty years of his work. But when he begins painting again, startling images he's never painted before emerge, and he and his family begin to realize how different everything has become.

“8000 Paper Clips” tells the story of TED Fellow Raffael Lomas, who traveled to South Sudan to work with a group of South Sudanese children who had been raised in Israel and were then deported to South Sudan. There, Lomas and the students built a house made out of 8000 paper clips – 8000 points of connection – symbolizing the meaning of home, and the children’s complex stories and arduous journeys were unveiled. The film explores the value of art, Lomas’ own history with depression and struggle, and what humans need – no matter their national status.

The films will be followed by a Q&A session with “The Light of Fire” director Bentzi Avtzon, and Nitsan Tal, Israeli director of “8000 Paperclips.”

This presentation is part of an exceptional online, art-inspired film series presented by Housatonic Museum of Art and curated by the Connecticut Film Festival. They will go online at 7pm on Friday, October 30th. Visit www.HousatonicMuseum.org for the film link.

Mark your calendar for the next ‘Friday Night Flicks’ event, taking place on November 6th at 7pm. Enjoy a double-bill of “With Dad,” which documents the work of photographer Stephen DiRado, specifically during the period of his father’s mental decline and eventual death from Alzheimer’s Disease, and “Summer Spent,” a documentary depicting DiRado's obsessive work discipline and life connected to people on Martha's Vineyard for over 25 years. The films will be followed by a Q&A session with “With Dad” Connecticut director Soren Sorensen & photographer Stephen DiRado.