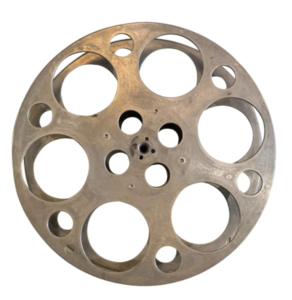 Norwalk, CT – The Norwalk Film Festival (NFF) is very pleased to announce that the State of Connecticut’s Office of Film and Television, along with the City Of Norwalk via the Norwalk Arts Commission, are official sponsors of the 2021 Norwalk Film Festival, happening at multiple venues in Norwalk over the weekend of December 17-19th, 2021.

NFF screenings and related events will take place at the Norwalk Public Library, Factory Underground Studios, Norwalk Art Space, Juice Creative Group, and the Wall Street Theater which will serve as the main venue. The NFF will include films carefully selected from submissions by filmmakers globally. Final selections and program line-up, along with ticket packages, will be announced in early November.

Films will be included from the following categories: narrative features and shorts; documentary features and shorts; music videos; Connecticut shorts, and more. Panel discussions are currently being developed with local and regional filmmakers and industry experts on the art and craft of film-making, as well as the importance of the film community to the creative economy.

Criteria for film selection includes a fit with the NFF theme of “University through Diversity Through Film”, as well as professional production values. The  success of the 2019 inaugural festival, where over 60 films were selected for screening, was recognized by Mayor Harry Riling, who recently stated, “The inaugural Norwalk Film Festival in 2019 was a huge success. After taking a year off due to COVID-19, with over 100 films from which to choose, I hope members of the public will join me in enjoying the Norwalk Film Festival this December.”

In addition, NFF has forged an advisory relationship with the newly launched Bridgeport Film Festival, which held its inaugural festival in July of 2021. Both organizations are committed to uniting through film the commonalities of two of Fairfield County’s (and Connecticut’s) vibrant and diverse urban centers. As Jason A. Coombs, Producing Artistic Director and Founder of the Bridgeport Film Fest, commented, "I truly admire and appreciate how the Norwalk Film Festival fully engage local audiences by bringing such diverse art and culture to the community. It's wonderful that both of our initiatives can support and be resources for one another, especially since our missions and love of storytelling align.”

The NFF was founded by and operates with a grassroots community of volunteers comprised of filmmakers, cultural leaders, and movie lovers living and working in Norwalk. In the spirit of “Unity Through Diversity Through Film,” the festival leadership believes that cultural equity is a key component to long-term viability of a diverse and thriving artistic community. The goal of the NFF team is to bring together local communities and stimulate ongoing dialogues generated by the power of cinema.

To learn more, or to inquire about sponsorship or volunteer opportunities, please contact  This email address is being protected from spambots. You need JavaScript enabled to view it. , or visit the website at www.norwalkfilmfestival.org.

The Norwalk Arts Society, a 501(c3 nonprofit that seeks to improve the general public awareness and appreciation of arts, culture, and education in Norwalk, serves as the fiduciary sponsor for the Norwalk Film Festival.