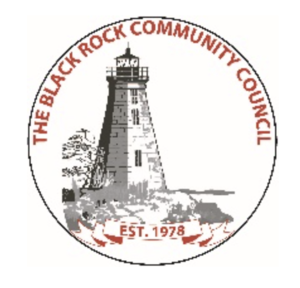 Black Rock, CT - Parade Chair Phil Blagys, who has run the parade since 1994, is pleased to announce the return of The Black Rock Day Parade to the community’s calendar. “It felt weird the last two years getting to March and having no parade to look forward to” Blagys said, “so it’s particularly exciting to bring this marching extravaganza back to our community.”

Known as the “Best Small Parade in America”, this year’s event will feature the debut performance of The Sailing Masters of 1812 Fife and Drum Corps. The Corps is based in Essex, CT, was founded in 1963 and commemorates the role of Essex in the War of 1812 with an annual commemoration entitled "Burning of the Ships".

In addition to the Sail Masters, the parade will also include The Black Rock Fife and Drum Corps, The Connecticut Alumni Senior Drum & Bugle Corps, The Fairfield Gaelic Pipe Band, the Klein Memorial Dancers, lots of music from local bands, Amazing Andy and much more.

The Parade Committee is also pleased to announce that Ray Corby and Vicki Eastus will serve as the Grand Marshals for this year’s parade. Ray, with the help of the S.S. Norden Club, began “Hope on the Harbor” ten years ago to benefit the Black Rock Food Pantry.  The event includes the installation of a very large Christmas tree on the Norden lawn on Black Rock Harbor with ornaments for the tree purchased by Club members and residents of the greater Black Rock community. Hope on the Harbor has now become an annual tradition in Black Rock.  Five years ago, Vicki Eastus added Farm to Table to this effort which has become a wildly successful fall event.  Also held at the Norden Club, Farm to Table features a fabulous five course dinner of locally sourced foods, a bevy of beverages and loads of camaraderie. Together, they have raised over $70,00 to help those in need in our community. We are honored and proud to have Ray and Vicki serve as this year’s Grand Marshals.

And since our parade theme this year is "Celebrating Black Rock's Youth", the parade will showcase students from our local schools, representatives from Wakeman Boys and Girls Club, members of local sports teams and Black Rock youth that have been recipients of special awards.

The parade steps off from the Burroughs Community Center at noon and marches west down Fairfield Ave., turns onto Gilman St. then Harborview Ave. It will take a left onto Grovers Ave, right onto Brewster St and ends at Ellsworth Field where the Black Rock Day festivities will be held immediately following the parade.