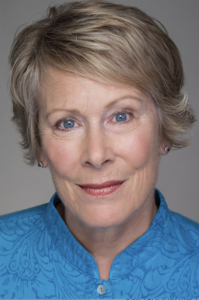 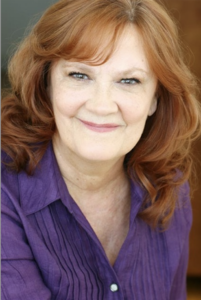 Westport, CT - Westport Country Playhouse will present a Script in Hand playreading of the comedy, “Ripcord,” written by David Lindsay-Abaire on Monday, November 14, at 7 p.m.  Lindsay-Abaire is currently represented on Broadway with book and lyrics for the musical, “Kimberly Akimbo.” Directing “Ripcord” is Mark Shanahan, curator of the Playhouse’s Script in Hand series and Playhouse Radio Theater. Script in Hand playreadings offer intimate storytelling as professional actors bring the words to life without sets or costumes.

In “Ripcord,” sparks begin to fly when perpetually cantankerous Abby is forced to accept the ever-cheerful Marilyn as her new roommate at The Bristol Place Senior Assisted Living Community. A harmless wager for a bed by the window quickly escalates into an epic contest of wills involving Sudoku, skydiving, the complications of extended family, and a hearty helping of peach cobbler. As the relationship between this incompatible pair develops, long-buried secrets come to the surface and the power of true friendship is revealed.

“In the great tradition of mismatched, odd couples of the theater, Abby and Marilyn can proudly stand tall,” said Shanahan. “I’m delighted to present this clever, funny, and deeply satisfying play for our Script in Hand audience. Of course, playwright David Lindsay-Abaire is an expert craftsman when it comes to landing laughs. But, I particularly admire the beating heart beneath his humor.”

Shanahan added, “’Ripcord’ never pulls its punches, even as Abby and Marilyn hilariously battle as two worthy opponents. And yet, the play manages to dig surprisingly deep, revealing hidden truths about the fears and frustrations of getting older. Whether visiting a haunted house for Halloween or braving a parachute jump from an airplane, Abby and Marilyn are sure to deliver a wickedly funny and heartfelt night of laughter for all who join us at The Playhouse.”

The cast includes Jan Neuberger as Abby and Tina Johnson as Marilyn. Jan Neuberger was in the original Broadway casts of “Wicked,” “How the Grinch Stole Christmas,” “Big,” “A Change in the Heir,” and the 1974 production of “Gypsy,” starring Angela Lansbury. She has appeared in abundant Off-Broadway, regional, and stock productions, national tours, a couple of films, and concerts at Royal Albert and Carnegie Halls. Neuberger was in Westport Country Playhouse’s “My One and Only” in 1988. www.boomergirl.net.

Tina Johnson was in Broadway’s “State Fair,” “Damn Yankees,” “She Loves Me,” “South Pacific,” “The Best Little Whorehouse in Texas”;Delacorte/Public Theater’s “Anna Christie,” “Into the Woods,” “The Skin of Our Teeth,” and other Off-Broadway shows; “Radio City Christmas Spectacular” as Mrs. Claus; national tours of “White Christmas”, “42nd Street,” and “Footloose”; as well as film and television. She was in Westport Country Playhouse’s Script in Hand playreading of “The Savanah Disputation” and Playhouse Radio Theater’s “Spirits and Spectres” in 2021.

Megan Smith is production stage manager (many Westport Country Playhouse productions, and Script in Hand and New Works playreadings since 2005). Megan McDermott will read stage directions (actor/playwright who has performed with theaters in NY, NJ, and PA).

Playwright David Lindsay-Abaire is a Pulitzer Prize winning playwright, screenwriter, lyricist, and librettist. His play, “Good People,” premiered on Broadway, was awarded the New York Drama Critics’ Circle Award for Best Play, The Horton Foote Prize, The Edgerton Foundation New American Play Award, and two Tony nominations. His previous play, “Rabbit Hole,” received the Pulitzer Prize for Drama, five Tony nominations, and the Spirit of America Award. He also wrote the book and lyrics for “Shrek The Musical” (Jeanine Tesori, composer), which was nominated for eight Tonys, four Oliviers, a Grammy, and earned Lindsay-Abaire the Ed Kleban Award as America’s most promising musical theater lyricist. In addition to “Ripcord,” his plays include “Kimberly Akimbo,” “Fuddy Meers,” “Wonder of the World,” and “A Devil Inside,” among others. In addition to his work in theater, Lindsay-Abaire’s screen credits include his film adaptation of “Rabbit Hole,” Dreamworks’ “Rise of the Guardians,” and “The Family Fang,” starring Nicole Kidman, Christopher Walken, and Jason Bateman. He is also, along with Marsha Norman, co-chair of the Playwriting Program at the Juilliard School.

Script in Hand curator and director Mark Shanahan appeared at Westport Country Playhouse in “Around the World in 80 Days,” “Tryst,” “Sedition,” “David Copperfield,” “Journey's End,” over 20 Script in Hand playreadings, and directed readings of “Butterflies Are Free,” with Blythe Danner and Jonathan Groff, and “The Greatest Gift” by Weston playwright David Wiltse. He is the creator and curator of Westport Country Playhouse Radio Theater and writer/director of the Playhouse radio adaptation “A Merry Little Christmas Carol.” New York acting credit includes “The 39 Steps,” “Small World,” “Checkers,” “Tryst,” “The Shaughraun,” “As Bees in Honey Drown,” and “The Internationalist.” His directorial work has been seen at Alley Theatre, George Street Playhouse, Virginia Stage, Arkansas Rep, White Heron, Fulton Opera House, Weston Playhouse, Florida Rep, Penguin Rep, Merrimack Rep, The Cape Playhouse, and many more. He has written numerous radio plays for White Heron’s Ghost Light Series (featuring Christopher Plummer and Judith Ivey, among others), and is the playwright/adaptor of the Off-Broadway and regional hit comedy, “The Dingdong“; as well as “A Merry Little Christmas Carol”; “The Murder of Roger Ackroyd”; “See Monsters of the Deep”; and “A Sherlock Carol,” which was nominated as Best Play 2022 by the Off-Broadway Alliance Awards and plays this holiday season at New World Stages Off-Broadway and at the Marylebone Theatre in London. www.mark-shanahan.net

Tickets to attend the playreading in person are $20. Running time is approximately one hour and fifty minutes, with one intermission.

Prior to the playreading, members of the band Drop Party will play music in the lobby, beginning at 6 p.m. Beverages and snacks will be available for purchase.

Upcoming Script in Hand playreadings will be the comedy, “Bad Jews” by Joshua Harmon, directed by Jen Waldman, on Monday, December 12; and on February 13, March 13, and June 12, titles to be announced.

The Script in Hand Playreading Series is supported by Stephen Corman and the White Barn Program of the Lucille Lortel Foundation.

For full details on the Script in Hand playreading of “Ripcord,” visit https://www.westportplayhouse.org/show/ripcord/

Masks are encouraged, but not required. For updates on Covid-19 health and safety protocols at the Playhouse, visit https://www.westportplayhouse.org/visit/covid19safety/

Founded in 1931, Westport Country Playhouse is celebrating its 91st anniversary year. The mission of Westport Country Playhouse is to enrich, enlighten, and engage the community through the power of professionally produced theater of the highest caliber and the welcoming experience of the Playhouse campus. The not-for-profit Playhouse provides this experience in multiple ways by offering live theater experiences of the highest quality, under the artistic direction of Mark Lamos; educational and community engagement events to further explore the work on stage; the New Works Initiative, a program dedicated to the discovery, development, and production of new live theatrical works; special performances and programs for students and teachers with extensive curriculum support material; Script in Hand play readings to deepen relationships with audiences and artists; the renowned Woodward Internship Program during the summer months for aspiring theater professionals; Family Festivities presentations to delight young and old alike and to promote reading through live theater; and the beautiful and historic Playhouse campus open for enjoyment and community events year-round.  Charity Navigator has recently awarded its top 4-star charity rating to the Playhouse in recognition of its strong financial health and commitment to accountability and transparency.